Some key stats on charities and non-profits online, looking at adoption of digital, trends in giving, and mobile donations.

According to Blackbaud stats, the percentage of funds charities raise from online donations has been rising steadily, if slowly, for the past five years. 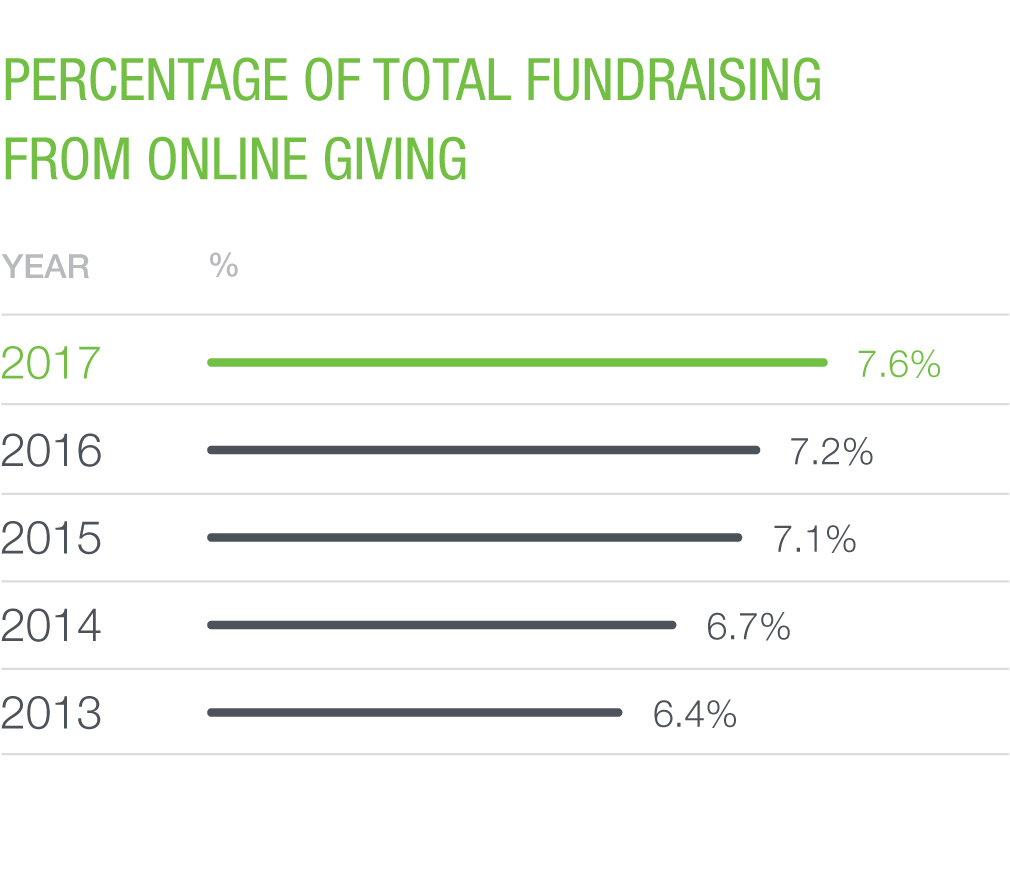 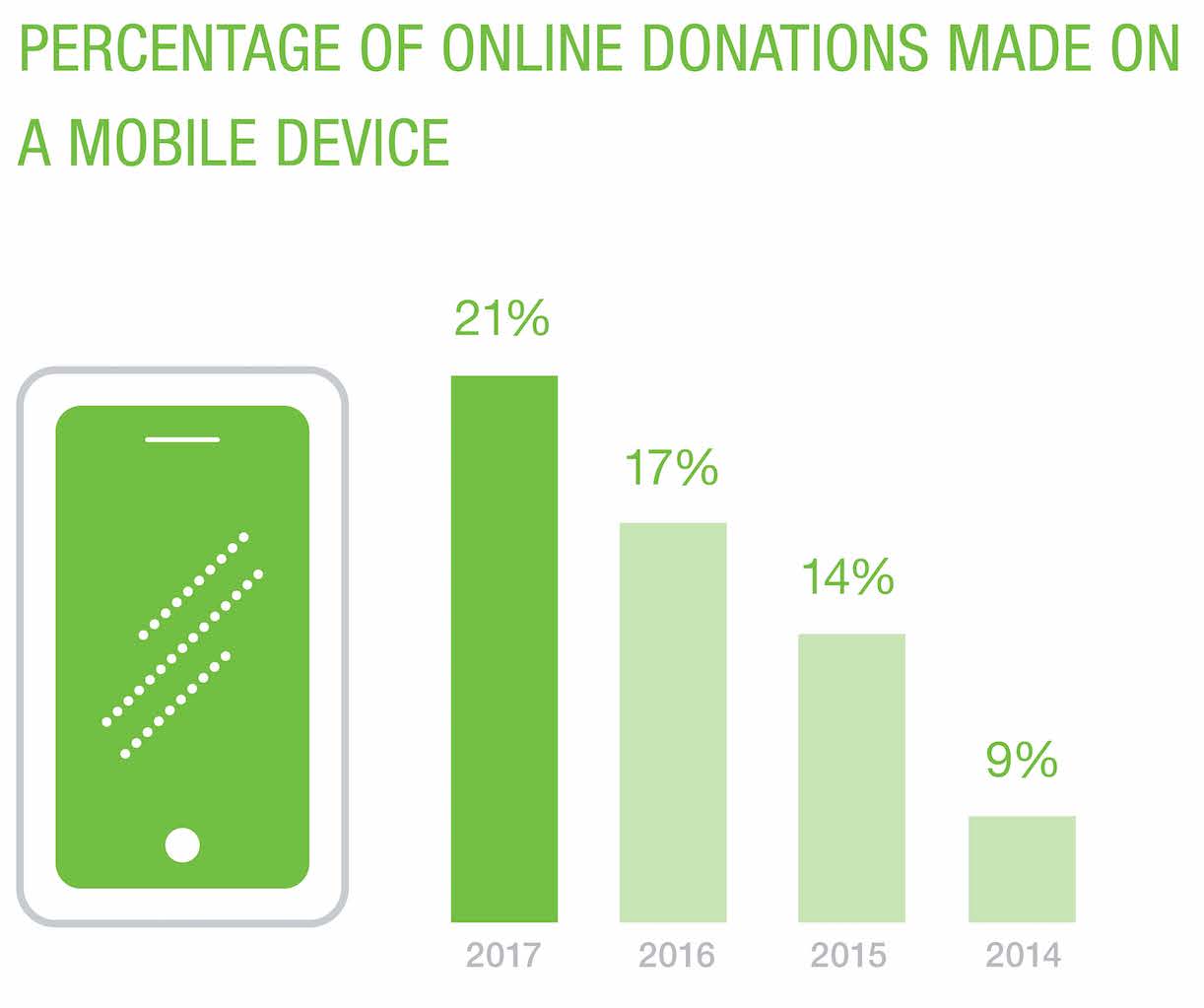 The 2018 Global NGO Technology Report looks at the adoption of digital technology by non-profits.
93% of NGOs worldwide have a Facebook Page, 77% have a Twitter profile, 56%
use LinkedIn, and 50% have an Instagram profile. 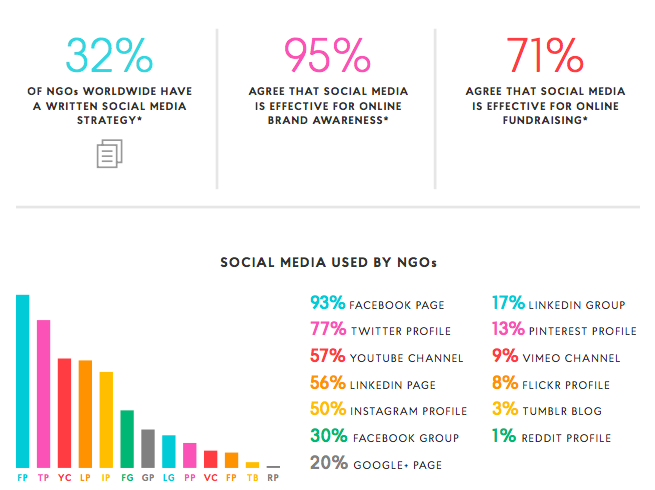 Barriers to Adoption of Digital

Despite the growth in online donations over the past few years, many charities still don’t see how online is relevant to them.
Other barriers to adoption of include a lack of digital skills, as well as the time and resources required. 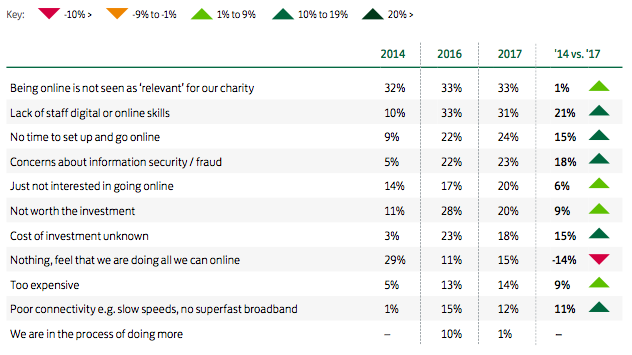 According to Episerver, around one in five (22%) people donate to a charity using a mobile phone at least once a month, and 37% make an annual donation.
Those aged 25-34 years are the most likely to donate via a mobile device, with a quarter (25%) making a mobile donation at least once a week. In contrast, 74% of the over 55s have never made a donation this way.

Though mobile currently accounts for a small percentage of overall donations, the majority of donors worldwide prefer to give money online. 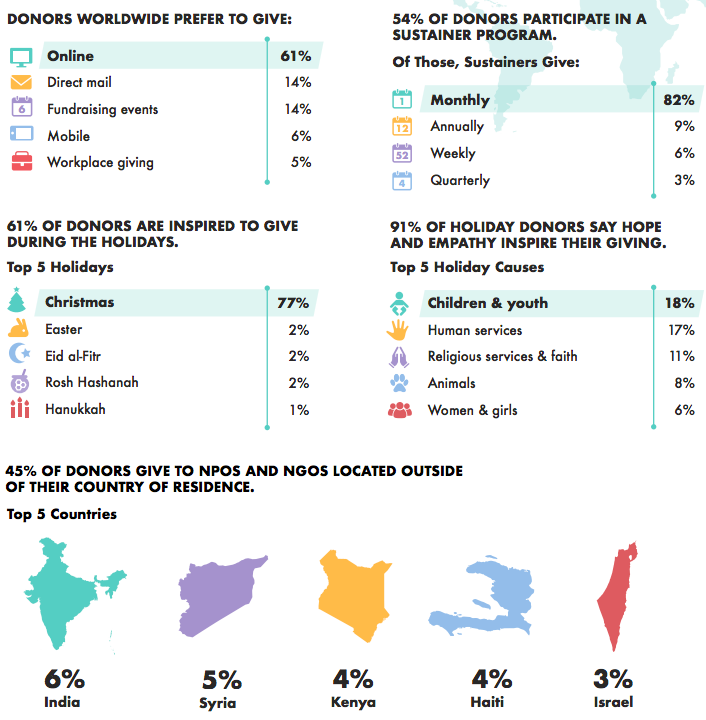