Here it is, the weekly round- up, giving you a quick update on the latest and most interesting campaigns in the world of ecommerce and digital marketing.
There have been a lot of campaigns released this week, ranging from coffee to new messaging services said to change the way we shop.

As most of you who use social media will know, Twitter has upped its character limit from 140 to 280.
The response to this has been mixed with some people loving the fact they can express themselves with longer tweets, while others hate the fact Twitter is changing.
Do we really need all of these characters? In the testing stage, only 5% of tweets sent were longer than 140 characters and only 2% more than 190.
But with the addition of extra characters, is Twitter still the same as we know and love?
Well, we took to Twitter itself to ask users their opinion on the increased character limit, asking users ‘has twitter lost its USP by introducing #280characters’.
Has Twitter lost its USP by introducing #280charcters? Results revealed in this Friday’s #SaleCycleLikeThis

Has Twitter lost its USP by introducing #280charcters? Results revealed in this Friday’s #SaleCycleLikeThis

49% of 301 voters agreed with this statement, 29% of voters preferred the longer tweets and 22% were undecided on the updated characters.
Regardless, sit down and have a coffee as it looks like the longer tweets are here to stay.

Speaking of coffee, Starbucks has released a campaign this week introducing their new holiday season cups in an advert that expresses diversity. 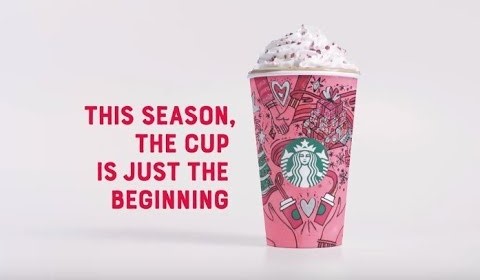 For many coffee lovers, the annual reveal of the anticipated Starbucks cups signifies the beginning of the holiday season. Starbucks has released a positive advert presenting the diversities between every individual.
The advert opens stating; ‘The holidays mean something different to everyone’ and continues to then show a range of races, ages, and sexes.
Not everyone’s holiday season is the same, so why should everyone have the same cup? That’s why this year, for the first time in 18 years, Starbucks have ditched the red cup.
This years holiday cup still features elements of the famous candy apple red, yet has areas of white space. Starbucks has done this to encourage their consumers to color in the cups and make it individual to them.
The ad signs off, ‘How you make it is special to you’, linking back to the start of the advert, giving the final push to encourage their customers to express and accept diversity.

With the giving season quickly approaching, ASOS has developed a chatbot via Facebook that can help struggling shoppers choose Christmas gifts.
We all know how difficult it is finding the perfect Christmas present for someone and ASOS are trying to make this selection process easier.
They are doing this by asking a selection of questions then suggesting a suitable gift from the answers. Based on machine learning technology, the digital gift assistant narrows and sifts through gift options to provide accurate choices for the gift recipient.
The gift assistant has instant replies and sends links to products so makes for an enjoyable purchase journey. 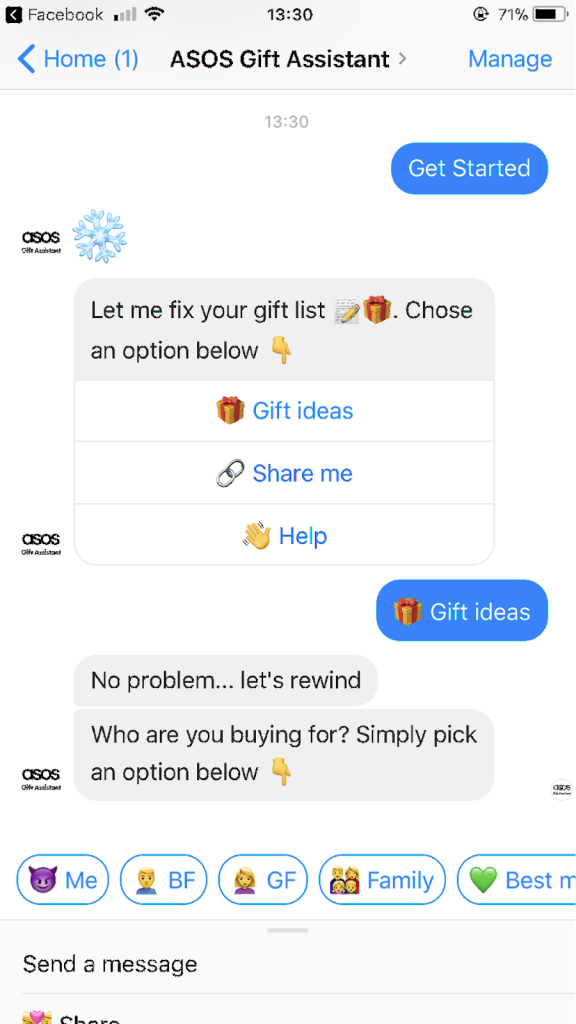 Are Chatbots the way Forward?

Chatbots seem to be popular this week, with Facebook messenger introducing a plugin for business websites.
This plugin will allow customers to talk directly with the business on their websites using messenger on the web, mobile and tablet devices.
This plugin is designed to provide support, enable transactions, acquire customers and raise brand awareness. 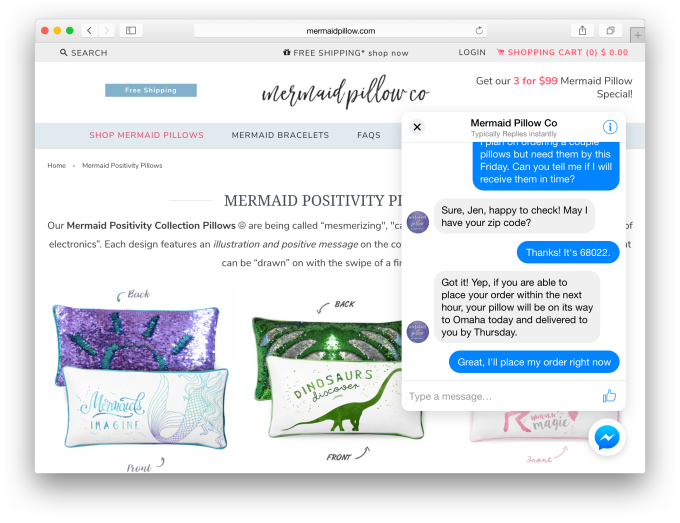 Websites such as KLM, Mermaid Pillow Co, and Sephora have been seen using this chatbot. The feature has a 22% higher customer satisfaction rate than a call centre, so is said to make the customer journey effortless.

Mobile cart abandonment is a major issue for ecommerce retailers, why? Because the majority of online traffic comes via smartphones, yet mobile conversion rate and online sales are lagging behind the traffic growth.