Here’s our weekly round-up, giving you a quick update on the latest and most interesting campaigns in the world of ecommerce and digital marketing.

Amazon. The Good and the Bad

Once again, retail giant Amazon is one of the main topics everyone has been talking about this week. For both good reasons and bad!

This week Amazon have opened their convenience store which they have named Amazon Go. But what makes this different to other convenience stores you ask? Well Amazon are ahead of the average convenience store and are introducing a store with no lines and no checkout servers! Just grab your items and go… seems pretty convenient, right?
The Amazon Go store launched in Seattle this week and it can be expected to spread globally and come to the UK by the end of 2018. 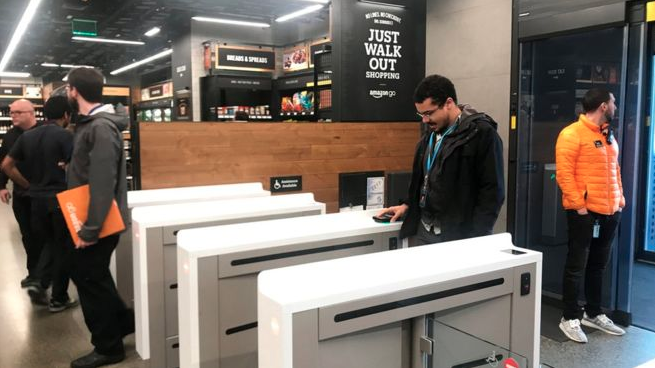 So how exactly does this work? There are cameras. Everywhere.The shopper should present the Amazon Go app at the gates of the store. When the shopper walks in to the store, cameras and other sensors in the ceiling tracks the shoppers progress throughout the store. When the shopper picks up an item, the cameras recognize this and adds the item to their virtual shopping cart. 10 minutes after leaving the Amazon Go store, the app charges a credit card and provides a digital receipt.
But this hasn’t always worked… 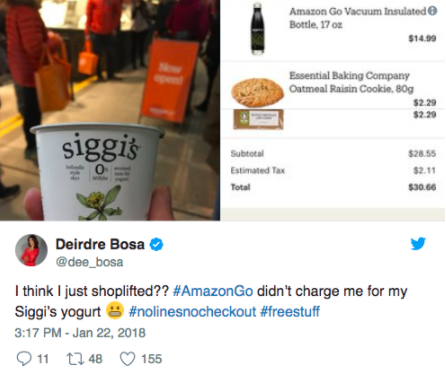 Nethertheless, this sound pretty convenient to us!

On the other hand, Amazon has introduced something else this week. Higher Amazon Prime fees, and people aren’t as impressed with this as they are with their new store. The monthly fees have been hiked up 20% from $10.99 to $12.99 totalling $156 yearly. However, Amazon points out that if you pay the $99 yearly fee up front then the pricing will stay the same! For new Prime members this fees kick in as of now however, if you’re already a prime member you have an extra month until you will see a higher price!

With the Super bowl being just around the corner, it’s a given that there’s been a lot of football themed campaigns recently.
Some of our favorite campaigns are very creative.

Such as Pizza Hut who have stated that they will be giving out free pizza if the fastest touchdown record is broken during the Super bowl. That means that it must be scored within the first 14 seconds. If the record is broken on February 4th, Pizza Hut will give out a free two topping medium pizza to members of it’s Hut Rewards loyalty program. This is in hopes to get people to join their rewards program, and if free pizza is on the cards, it seems to be working! Fingers crossed for the record to be broken… and free pizza!

Advert for one Person

Skittles have introduced a Super bowl ad campaign, and it sounds very creative! The advert that they have made is for only one person to watch. The ad won’t air in a traditional way during the game but instead the brand will screen the ad for one teenage fan only. The public will then be able to live stream the teenagers reaction to the advert on the Skittles Facebook page. Seems interesting right?

Remember last weeks SaleCycle Likes This? Where we discussed KFC Canada’s bitcoin bucket. A bucket of chicken which you can buy with cryptocurrency. Well, seems it was a success as this bucket has completely sold out!

The #BitcoinBucket finally hit its cap and is now off the market (for now). But regular old FIAT money is still good at https://t.co/U8M57keGcD. pic.twitter.com/YgQrWILeOy