Here’s our weekly round-up giving you a quick update on the latest and most interesting campaigns in the world of ecommerce and digital marketing.
With Valentine’s day being this week, it’s no surprise that we have seen a lot of brands joining in and getting involved in love-themed campaigns.

All About the Big Mac

McDonald’s are celebrating Valentine’s day by giving away a 18 karat gold, diamond encrusted ‘Bling Mac’, which is a ring, shaped like a Big Mac and worth over $14,000.
In order to bag the ring, Big Mac fans had to take to Twitter and declare their love to the burger. McDonalds stated that whoever tweets the most creative vows will win the diamond ring… and people are taking it pretty seriously!

“Everyday I thank God that I was able to meat you. From here on, lettuce continue to love each other. We were able to ketchup after years apart & fell in love. It’s not bc of your hot buns, but bc of your saucy personality. What can I say? I’m Lovin’ you” #blingmaccontest

Aside from Valentine’s day, it’s the Big Mac’s 50th anniversary so to celebrate, McDonald’s have introduced three sized Big Macs.
Their regular ones, a smaller version (for a light snack) and the Grand Mac which includes plus sized burger patties! However, these are only available for a limited time only! 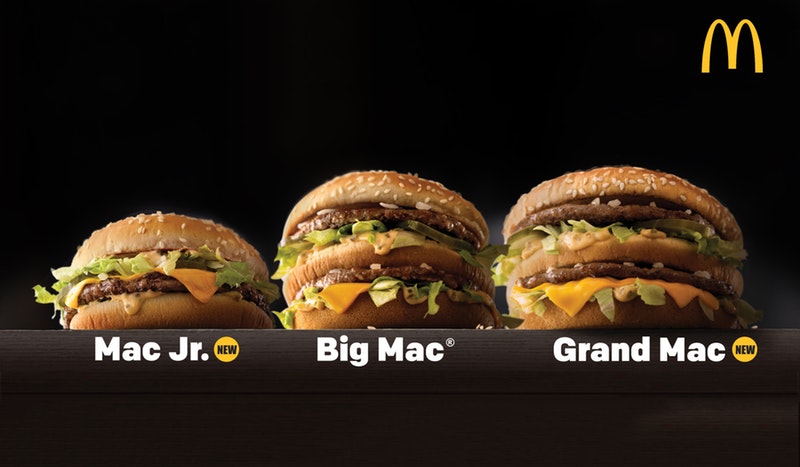 Jolly Rancher has also released its own jewelry line, especially for Valentine’s Day! The Hershey-owned candy brand states “While diamonds might last forever, Jolly Rancher hard candy is long-lasting, too”. Pretty much as good as a diamond! Right? 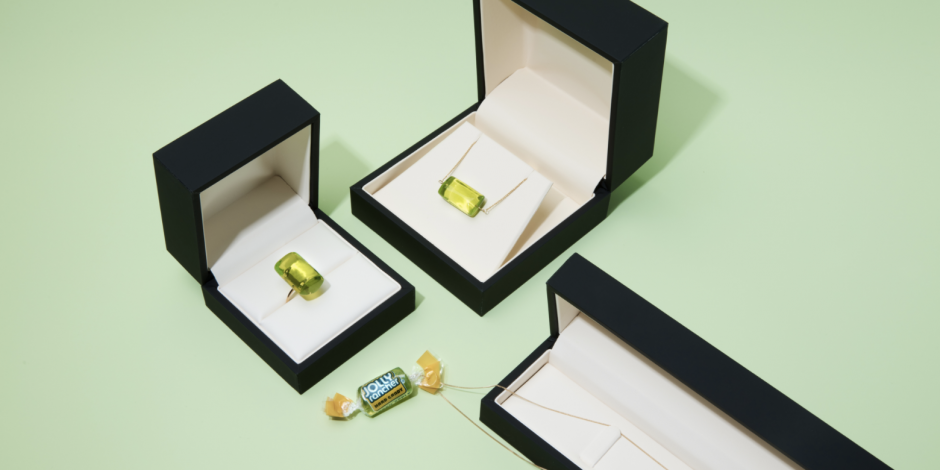 Another fast food chain getting involved in Valentine’s day celebrations is KFC, who are handing out chicken-scented scratch and sniff Valentine’s cards.
These cards are being handed out for free with the purchase of a $10 chicken share meal to promote their two-person meal, which is ideal for Valentine’s day! 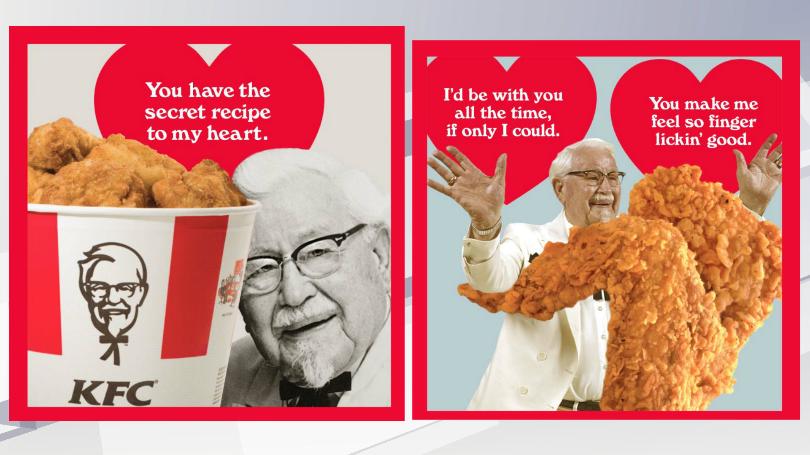 Staying on the topic of food and Valentine’s day, Dr Oetker has opened a pop-up pizzeria made entirely out of chocolate in Toronto’s Queen West neighbourhood.
The restaurant is named “Cioccolato’s”, after the company’s chocolate pizza and visitors who take a tour of the chocolate restaurant will receive a slice of this pizza.

Another event that took part this week was New York fashion week and Diesel launched a hilarious stunt in the name of fashion.
In which the fashion brand opens a blatant knockoff ‘Deisel’ store on Canal Street. However, this store was actually a genuine Diesel store in disguise. This means that those who purchased the items were getting an official one of a kind diesel product for a fraction of the price.