In this new blog, Marketing Assistant, Nic, quizzes SaleCycle’s own client expert, Caroline Oswald, on Matalan’s latest campaign to find out what makes them so special.
Following Matalan’s 2014 Alphabet Scarves appeal success I spoke to Caroline about Matalan’s latest #BeanievsBobble campaign set up to raise money for Alder Hey Children’s Charity over the festive period.

A As a long-standing client we wanted to team up with Matalan using a multi-channel approach to engage as many people as possible with the charity campaign and smash last year’s total of £650,000. We worked closely with both Matalan and Alder Hey Children’s Charity branding teams to get the look, tone and feel spot on.
We have used a number of solutions to maximise customer interaction to tempt Matalan customers to get behind the Alder Hey Campaign:

Q Great… Talk me through the customer journey in a little more detail?

A As you know, mapping the customer’s journey is not a linear process but for the purposes of this I’ll talk you through the interactions in the order they could present.

A First of all, there is the pre-launch campaign. Matalan developed a specific bespoke landing page with a call to action button that launches our intelligent display. Here; the customer’s name and email address is captured and upon submission, we instantly send them an email to confirm their registration and thank them for their interest, while Matalan receives the data.

Next, a different on-site campaign kicks in when customers appear to be disengaged during their journey. If a customer’s basket is ‘beanieless’ or ‘bobbleless’ (let’s just call them hats from now on, the alliteration is killing me) and they go to leave the site (from any page of the website) or have been inactive for 40 seconds, an interactive on-site message kicks in to re-engage the customer.
What’s pretty cool is that it provides the customer with two different routes based on their #BeanievsBobble (hat, haha) preference!

A We already provide Matalan with a 3 cycle abandoned basket recovery email campaign, so we wanted to ensure alignment across all campaigns. In the cart abandonment email campaign where the customer does not have a ‘hat’ in their basket, a dynamic banner appears in their email giving them a gentle nudge to buy a Beanie or a Bobble.[/one_half]
[one_half_last] 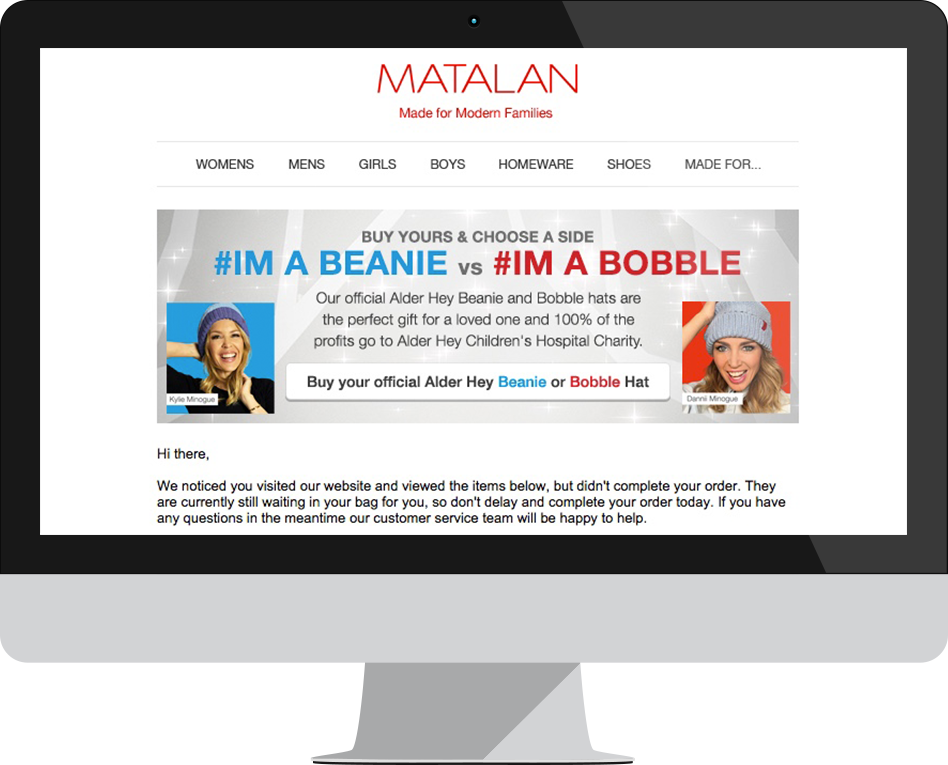 Q Pretty neat! Anything happen if the customer does make the ultimate purchase?

A Of course! On the completion page when the customer has completed their purchase, there is a unique on-site display which thanks the customer if they bought a Beanie or Bobble (I’ve recovered from alliteration overload) or points them back if they haven’t.

Q Nice SaleCycle touch… So what makes Matalan’s campaign so enjoyable and special?

A First off, we are helping raise money for an amazing charity and as a mummy myself I feel privileged to be a part of it. For me, this is a perfect example of using our solutions for goals other than purely just driving conversions in baskets. It is a solid, strategic campaign and a testament to the wonderful working partnership we have with Matalan.
Matalan were not scared to push the boundaries of our solutions. Matalan are brave trailblazers, they know what they want to achieve and they go for it. That’s what makes them a pleasure to work with, not to mention that they are a nice bunch… 🙂

“Matalan are brave trailblazers they know what they want to achieve and they go for it.”
Caroline Oswald, SaleCycle.

Q That’s some invitation to get creative…

A Totally! They said go big, go really big… so we did! It was a great opportunity to showcase the depth of our solutions. I’m sure what we find out from this campaign will help us learn and adapt our solutions for future campaigns too.
[three_fourth]

Q And finally the key question are you a Beanie or a Bobble? 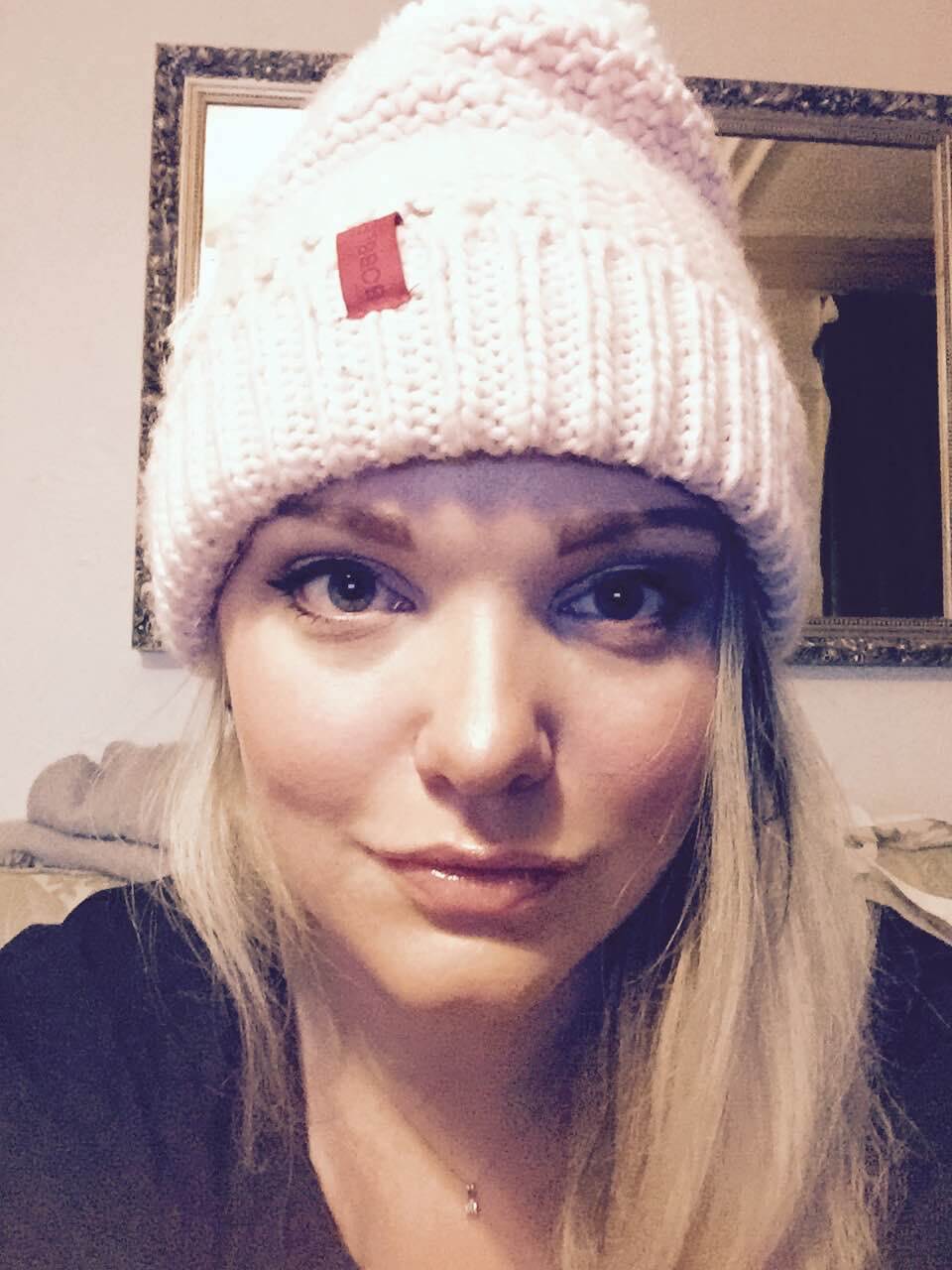 Get involved in the #BeanievsBobble campaign today and check out the cool remarketing tools for yourself. You might even be tempted into buying a hat!