EMEA Marketing Manager, Jack Ford, explains how SaleCycle are helping existing client Matalan with their charity campaign for Alder Hey Children’s Hospital.
UK fashion retailer Matalan have just launched their “Beanie vs Bobble” charity campaign and it’s already sweeping through the country. They are raising funds for Alder Hey Children’s Hospital, which cares for over 270,000 children from right across the UK, by selling Beanie and Bobble hats.
When we heard about the campaign we immediately offered our support and have donated our remarketing services to ensure that as many online shoppers as possible are made aware of the Beanie vs Bobble campaign.

This year’s campaign follows the success of Matalan’s 2014 Alphabet Scarves, which last year raised more than £650,000 for Alder Hey.

SaleCycle’s CEO and Founder, Dominic Edmunds, said: “We’re delighted to lend our support to Matalan on this campaign.
“Remarketing is hugely effective in helping firms to maximize their engagement with customers and driving sales, and as every single sale makes a difference to such an amazing and inspiring charity, we want to do all that we can to ensure that this campaign is a massive success.”

[one_half]Katherine Cowan, Ecommerce Marketing Manager at Matalan, said: “Last year, our customers were hugely generous in their support of our Alphabet Scarves campaign and that generosity meant that, in turn, we could raise much needed funds and awareness for Alder Hey Children’s Hospital Charity.[/one_half]
[one_half_last] 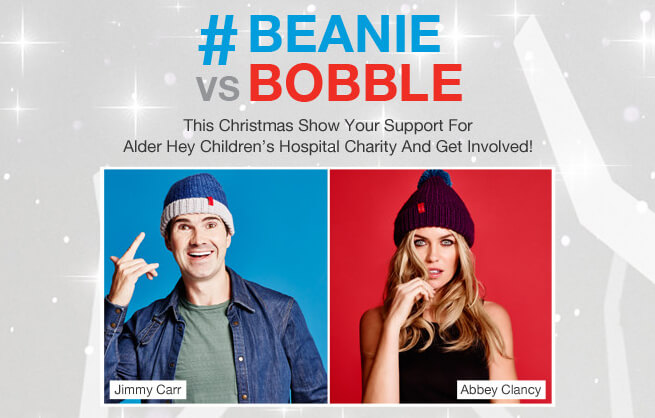 “We’re looking forward to making this year’s campaign a huge success too and the support we’re receiving from SaleCycle is just one of the ways we’re looking to do this.

Matalan launched its Beanie vs Bobble campaign on Monday November 9th and is promoting it heavily online and through social media using #BeanievsBobble. As you can see SaleCycle are rubbing shoulders with some top A-listers, who are also supporting the campaign, including Britney Spears, Kylie & Dannii Minogue and Dame Judi Dench!

Louise Barrett, Head of Corporate and Major Giving for Alder Hey Children’s Hospital Charity said:
“As part of this development, a new research centre will place Alder Hey as a national and international leader in the development of safer and more effective medicines for children and young people.
The first phase is well underway and the funds raised by Beanie vs Bobble will contribute towards furthering this development.
“We are incredibly grateful to Matalan and all their customers for their continued support. With their help we can make a massive difference to future generations of children and young people.”

Here at SaleCycle, we’re just happy to be doing our bit for a great cause and hoping that we can smash the target set last year and do even more to help young people at Alder Hey.
To support the campaign, visit www.matalan.co.uk/beanievsbobble and make your choice… Me? I’m a beanie as you can see… 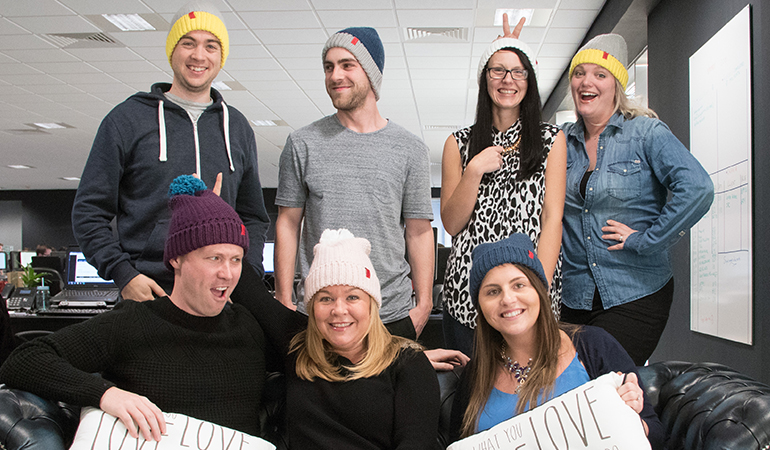