EMEA Marketing Assistant, Matt Anderson, looks into our database and identifies E-commerce trends and winners, as he’s on the lookout to see who doesn’t make it to the second round.
Ciao, Hallo, Salou, Hola! This summer is really a busy one in Europe. Whether you’ve recently been waxing lyrical over the kitsch grandeur of Eurovision or you’re excited over the football (To see your hopes, frozen out by Iceland shh…let’s not mention that), it sure is a busy season! Which means that there is no better time than now to look at the European E-commerce market and do some analyzing!
To begin scouring Europe, we gathered a manageable group of the the top companies in Europe to ensure our data was as relevant as possible, and the results are as follows…

First up, we looked at which sectors dominated the European market. Rather unsurprisingly, retail leads from the front, taking up 56% of companies in the UK. The same applies in France and Germany, with retail holding 68% and 70%, respectively.
When looking at trends here, it is interesting to note that the online retail industry has changed substantially since 2010. Not only has it grown annually, but there has been a noticeable growth of online industries overall. In fact, the growth has been so incredible that department stores have all started developing some kind of online presence. This could possibly be to counteract the challenge posed by companies such as Amazon and eBay, highlighting that businesses need to adapt to the needs of a more tech-savvy consumer.
The retail industry is not alone in growing and developing. There has been stark advances in E-commerce within the Financial sector. Along with that, we can see banks and finance companies are becoming exponentially more visible online and gaining a higher level of traffic, leading to more customers. Once again, this shows how companies are realizing that their online offering is as important, if not more, than their in-store presence. Furthermore, we can see the emergence of online-only banks such as Atom Bank and Smile. Is that a glimpse into the future of Finance? Possibly. But what is clear is that E-commerce will continue to grow across all sectors. 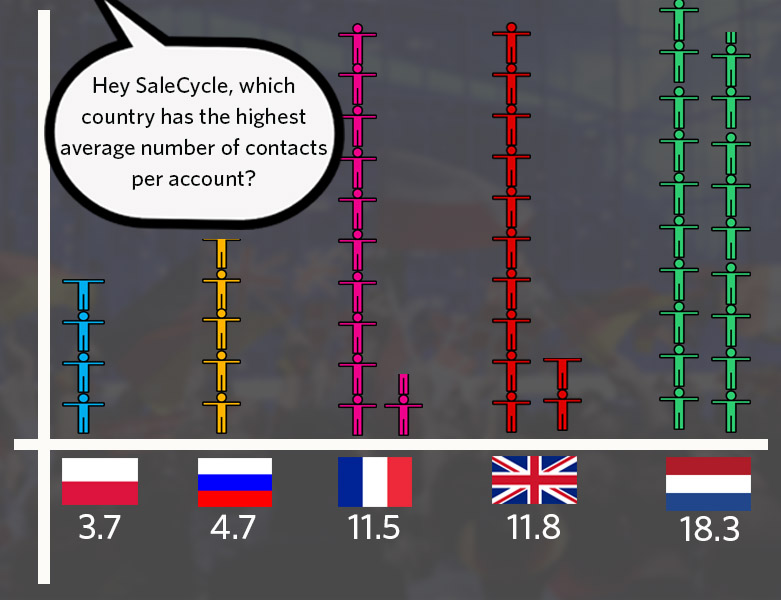 Then it was time to look at which countries we could find the most Digital Marketing contacts per company. This gives us an insight into which countries Digital Marketing is potentially a more developed concept in businesses. Starting our top ten countdown, we have Poland with 3.7 contacts per company.
[/one_half_last]
Moving up the list, there are a large proportion of countries that average between 7 and 9 contacts per company including Germany, Spain and Italy. This makes the top country, The Netherlands’ average even more impressive! What is evident with this data is that the countries that are near the top of the table are where some of the largest online companies in the world will be based. This trend highlights that companies who have the most success in E-commerce, also have the bigger teams dedicated to Digital Marketing. Is your team setup to succeed?

After a mid-blog siesta, it’s time to go back to our jobs. More specifically, the job titles across Europe. From our data, we could see that the most frequently used lead in E-commerce was ‘Marketing Manager’ a title used by 26% of the contacts. While this might not be the most enlightening information, it does show that some job titles will remain to have a prominent role in E-commerce as the industry itself grows.[/one_half]
[one_half_last] 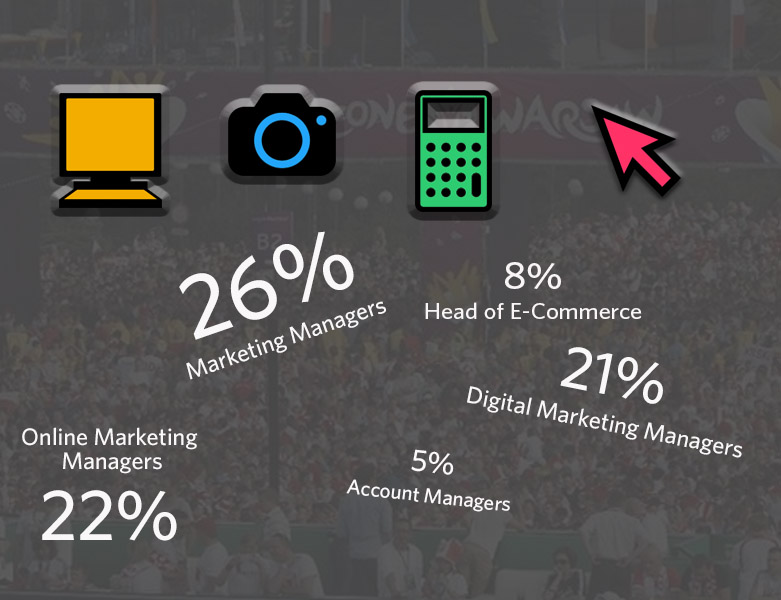 [/one_half_last]
Even though traditional job titles still exist, there are job titles that have recently emerged and are becoming increasingly vital. So, which job titles have come in late and are doing a Denmark (See Euro ’92)?
An area in which jobs have increased since 2013, are ‘Online conversion’ roles. When looking at data from 2010, these roles are scarce, whereas today’s data suggests that a large number of companies hold these types of roles to be rather significant. Another role that has become more prominent are ‘CRM-based’ roles with research showing an almost 60% increase in job titles involving it across Europe. So why are these titles increasing in importance? Because both have a responsibility which aims to retain and build customer relationships. However, while this concept is not new, the rise in these roles could be due to companies learning the difficulty of converting, and maintaining potential customers in an increasingly competitive E-commerce universe. 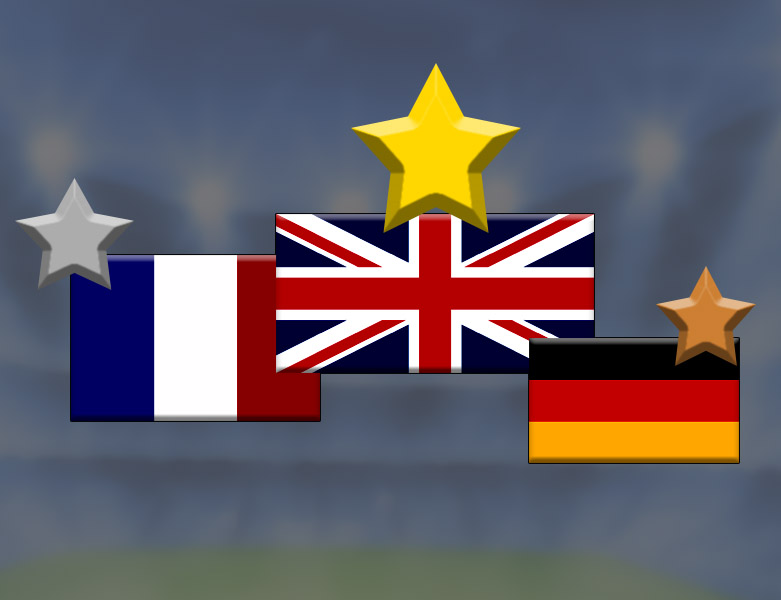 Our final stop in our Euro trip is the big one, the amount of E-commerce companies per country. Let’s look at who tops the group, and which country is languishing on ‘nil points.’
Topping the podium and taking the gold, with a handsome lead is the UK! With a plethora of companies with a top notch Alexa, this is a great result for the home nations.
[/one_half_last]
Following up, with a healthy number of E-Commerce companies is European Championships hosts France, just pipping the German’s who land the bronze with. And a look further down the top 10, we’ll find the giants Russia, Spain and Italy just beating Turkey. And last but not least, making the final cut are Ireland and The Netherlands.

After that little trip around Europe, all that is left to say is arrivederci, gutentag and goodbye!

Be a part of the win and see how you could take part in this championship by booking a demo with us today!