AR technologies are incredibly useful and give marketers the opportunity to create innovative campaigns that incorporate the real and digital worlds. Here are some examples of how brands are using AR to market and drive sales.
Augmented reality (AR) apps are becoming popular, and the release of IOS 11 has brought more AR apps to our smartphones.
The number of AR apps downloaded in 2012 was 118 million, which was predicted to rise to 3.5 billion downloads by the end of 2017.
These apps overlay the user’s real-world environment with digital images, but how is this used to drive sales?

‘Try Before You Buy’

For years, retailers such as IKEA relied on customers visiting stores to purchase.
Many still will, but the introduction of their AR app provides customers with alternative options.
By using Apple’s ARKit technology, IKEA is able allows customers to virtually preview how furniture would look in their home through their mobile device on the IKEA AR catalogue.
With more than 2,000 products on the app, IKEA can ensure that their app will have a product to suit all purposes and homes. By visualising the product in front of them, consumers are more likely to purchase as a result of the app. 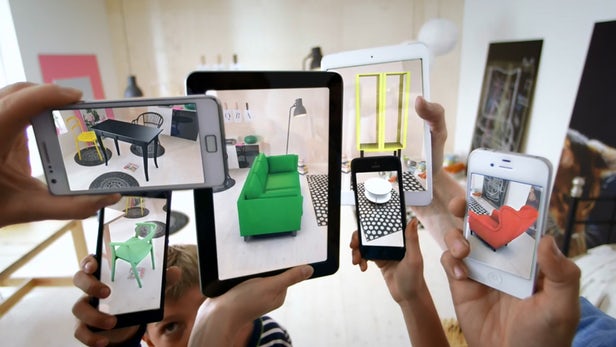 Wayfair offers a similar app to IKEA in which consumers can directly purchase products from the app if they like the look of them in their home.

The Converse AR app lets you virtually try before you buy. The Converse sampler app shows the customer how the shoe would look when you wear it. You can do this by pointing your smartphone camera towards your foot to see the virtual shoe.
Not only does this app allow the customer to see how the product would look on, it also supports in-app purchases, so the customer can buy the shoe directly from trying it on.

By allowing consumers to visualise products prior to purchasing them, brands can also minimize the risk of returned purchases as AR helps customers make a more informed decision.
Apps like this allow customers to visualise items before they buy, helping them to make a more informed decision. This should lead to higher customer satisfaction and lower return rates.

Recently AR is becoming easier and easier for consumers to use via social media. Snapchat has introduced an augmented trail lens to allow customers to visualise how products would look before purchasing.
Snapchat can reach 178 million users daily, meaning that brands are eager to get involved and use this feature.
BMW has been the first brand to trial this technology, showcasing their new X2 model. Brands are hopeful that the Snapchat augmented trial will be a success in attracting a younger audience to purchase their products.
Snapchat users are able to customise the AR car, for example, changing the colors and viewing different angles.
With more than 50% of smartphone users using augmented reality when shopping, it makes sense to combine AR and popular social media platforms. If social media users are able to see how a car looks on their own drive, they will be more likely to want the product. 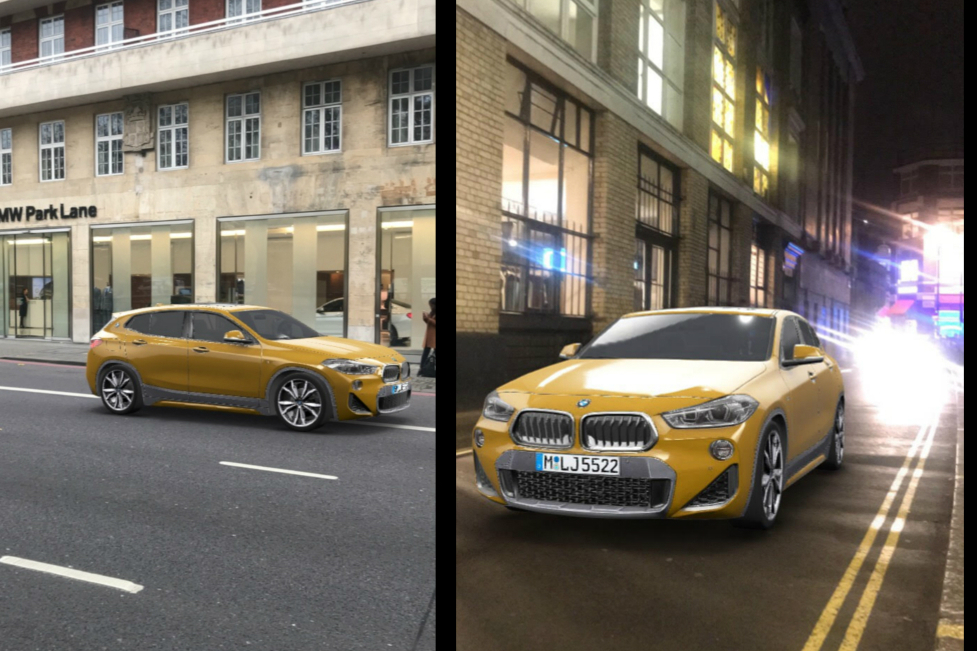 According to a recent survey, 72% of car dealers in the UK are expecting to use AR technology to sell vehicles by 2021 so, BMW is one step ahead of the game.

WWF and Mandiri, a popular bank in Indonesia have teamed up to create the first AR app which supports e-cash. The objective of this AR app is to save, support and raise awareness of Indonesia’s Javan rhinos while users are playing a fun game.
However, AR doesn’t always have to have an app for the consumers to view the campaign.
In recent years, WWF has had a big involvement in AR in order to raise awareness and encourage consumers to donate.
For example, WWF collaborated with Coca-Cola to create an AR experience in the science museum in London back in 2013 to raise awareness of the issues global warming can have on polar bears.