Last week, Google introduced an ad blocking feature for its Chrome browser. We take a look at the implications.
For a while now, Google has been looking at ways to improve the ad experience, such as viewing intrusive ads like interstitials as a negative mobile ranking factor.
Previous moves haven’t blocked ads, but merely offered disincentives to sites which use them. This approach has changed slightly with Chrome ad filtering.
Now, Google can actively block ads from sites when viewed in its browser. As Chrome now has a market share of almost 60%, this could be a significant step.

This move is mainly targeted at online publishers who, in the struggle to make a profit from content, or to find a way to replace declining offline ad revenue, have plastered their sites with ads.
There are some horrendous examples too – videos that autoplay and interrupt the browser, making people fill in surveys to finish reading an article, and interstitial ads which make users wait to view the page they selected.
And don’t get me started on the awful third party ‘recommended content’ which appears on many news sites.
Here’s an example of an interstitial from Variety, where users have to wait five seconds. I think most people would see this as an annoying ad, but Chrome won’t block ads like this. 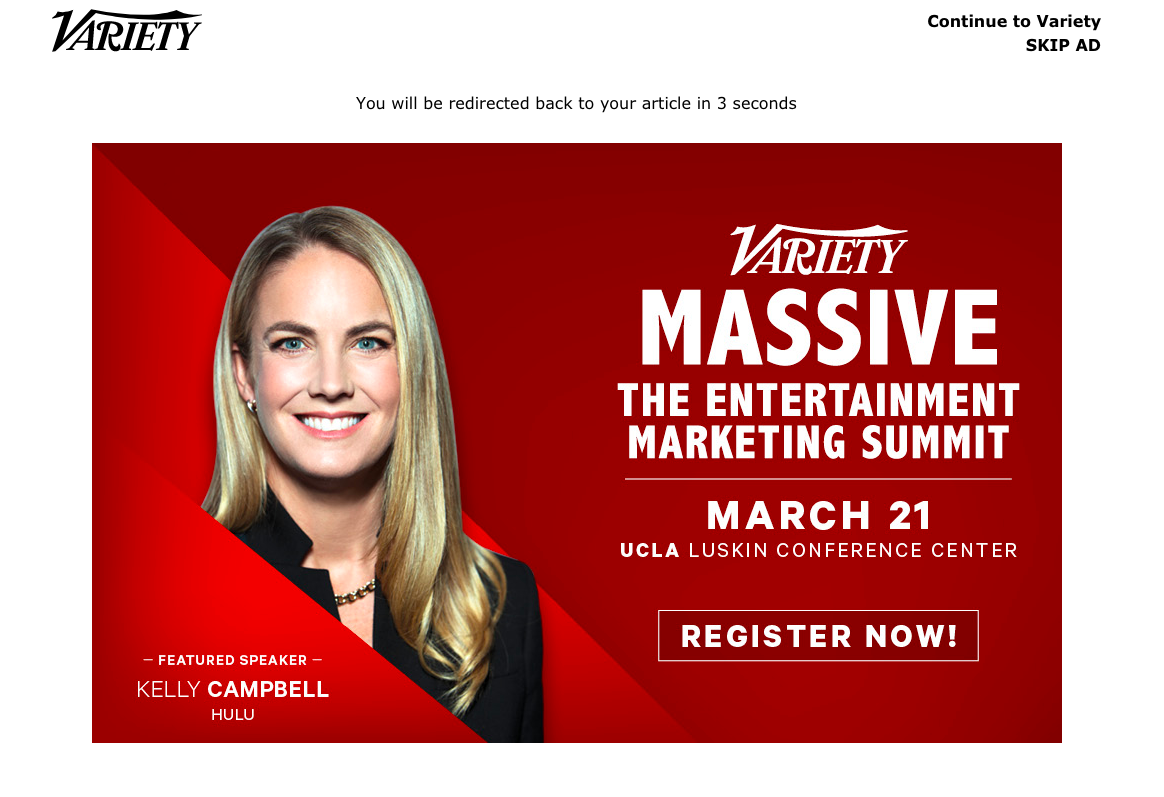 Ad formats like this have led to the rise of the use of ad blocking software, and so organisations including the Coalition for Better Ads – a mix of publishers, ad and tech firms – have been attempting to set some standards on online advertising.
The aim is to maintain the viability of online advertising, specifically with reference to online media, by removing the disruption and irritation that some ad formats create.

How Will the Ad Blocker Work?

Using the Better Ads Standards, Google will be targeting 12 of the most irritating online ad formats.

These include pop-up ads, though it should be noted that not all pop-ups (or overlays) are targeted here.
An ad where the full page has been obscured (note crappy ‘manipulink‘ too) is liable to be targeted, but more subtle overlays will not be. 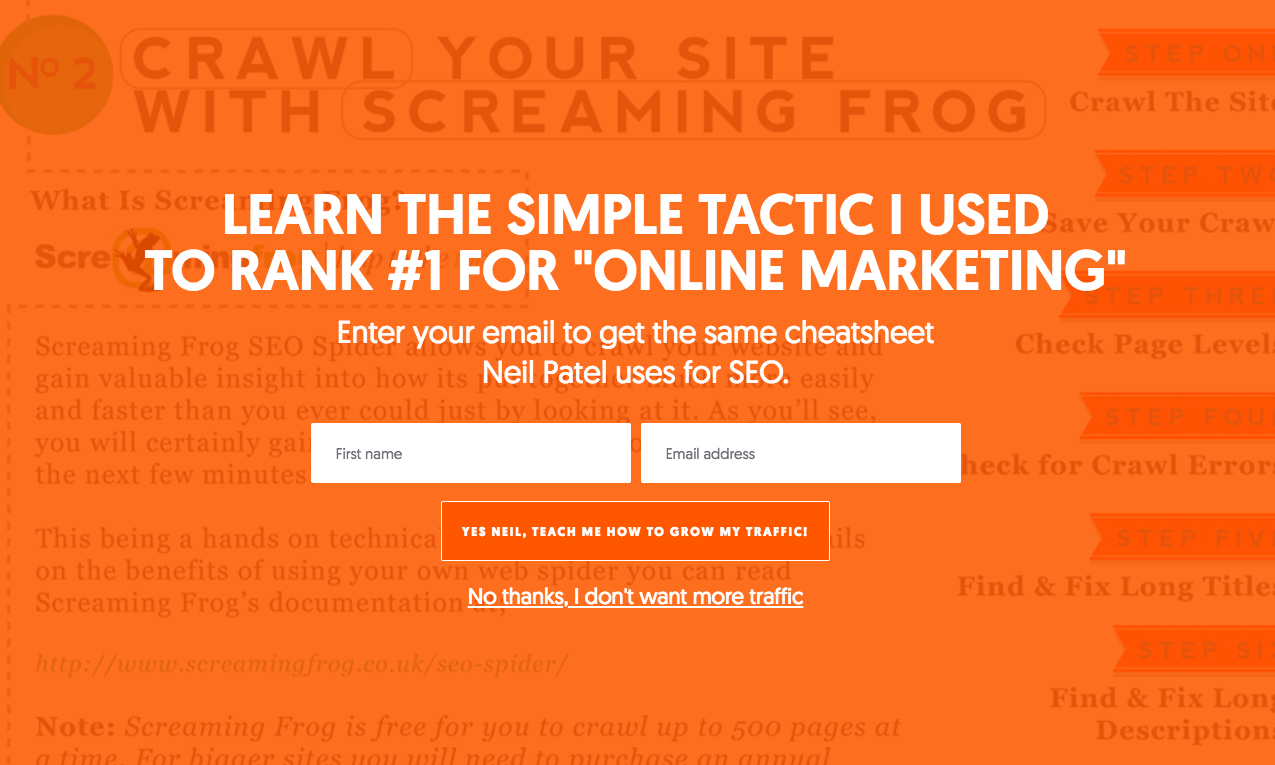 It’s also important to note the definition of an ad in Google’s guidelines:

“For the purposes of the Ad Experience Report, an “Ad” is promotional content displayed on a website as the result of a commercial transaction with a third party (learn more). For this reason, site elements like surveys or site sign-up forms are usually not considered ads, nor are house ads.”

In other words, Google is only referring to promotional content on a site which is paid for by a third party, not a site’s own promotions or overlays with customer messaging.
So, the example above from Neil Patel, irritating though it may be, would not be affected as its promoting his own site.
Likewise, an email acquisition message like the one below would be fine. It’s also a lot better for users. 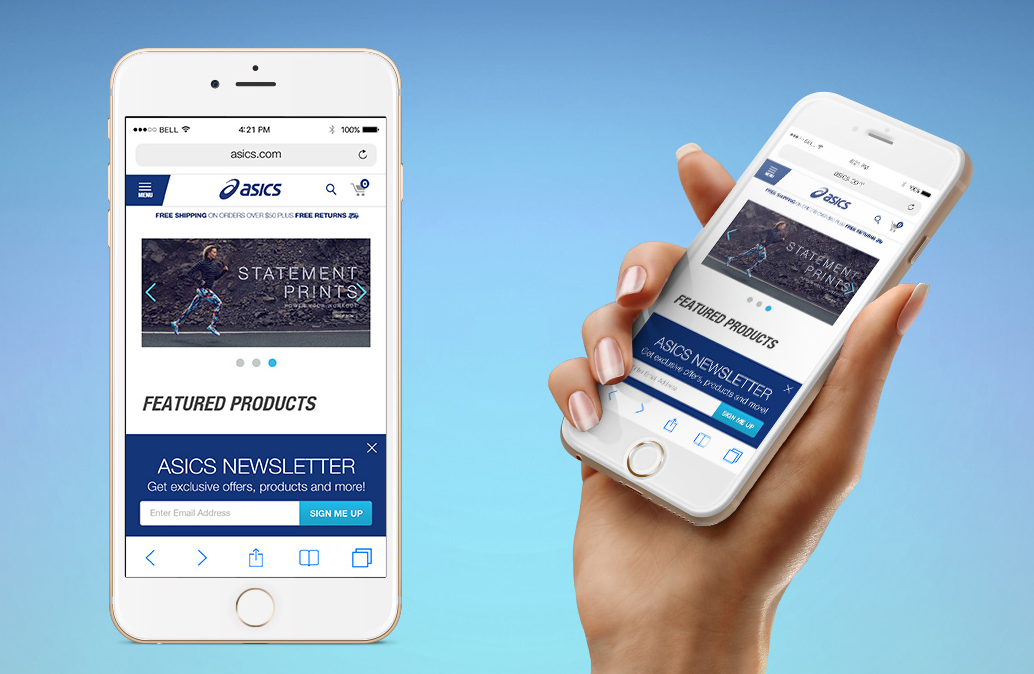 How Will Google ‘Enforce’ This?

Google will block all ads on sites which fail on the Better Ads Standards tests – websites can view their Ad Experience Report in Search Console.
When ads on a site are blocked, visitors will see a message advising them that ads have been blocked, with the option to view them if they want to. 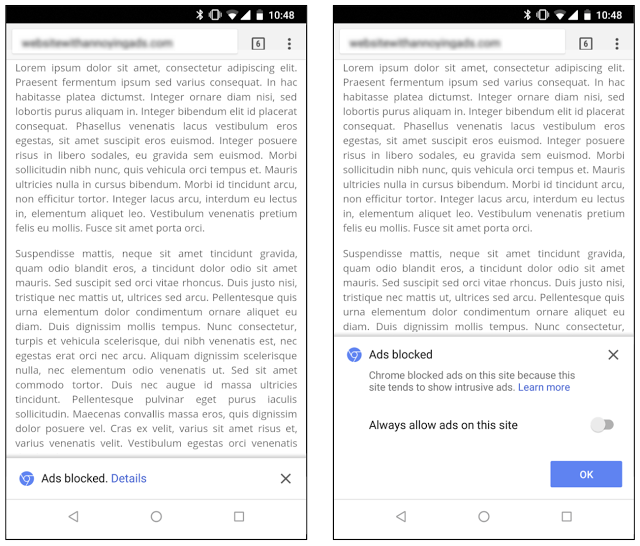 Google will give sites 30 days to change their ad formats – it says that 42% of sites which ‘failed’ the test have now seen the light – before it starts to implement blocking through Chrome.
In truth, this all sounds more comprehensive than it is in practice. It blocks a fraction of the ads that common ad blocking tools do (see list of examples here) and many ads which some would consider intrusive are not affected.
For example, this ad which obscures the content and cannot be closed for 10 seconds is blocked by Chrome. 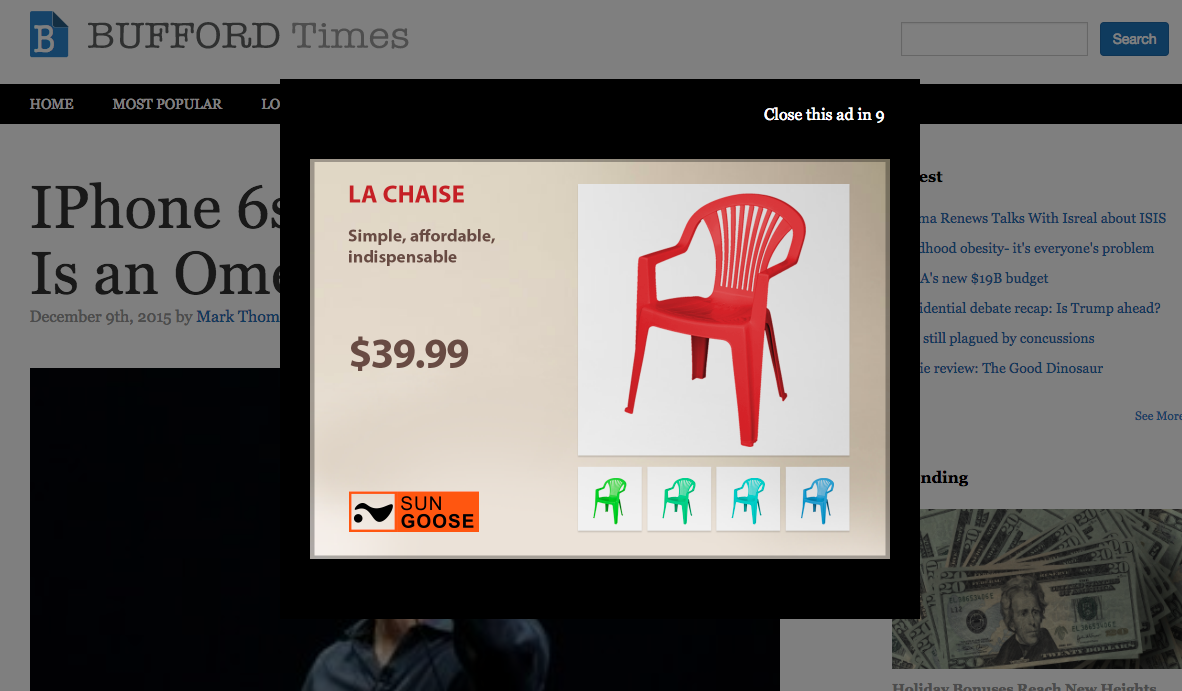 However, this interstitial ad, though it places an unnecessary page between the visitor and the page they want, is OK in Chrome.

The distinctions between good and bad ads are relatively subtle. It seems that, if users can close the ad, it won’t be blocked, however annoying it may be. Likewise, autoplay video ads are also OK, as long as they start silently.
This is more of a warning from Google than anything else. It’s only blocking the most indefensible examples of bad ads.
Indeed, as reported by The Register, Adblock Plus developer Eyeo said Chrome blocks just 16.4% of ads that it blocks.

The Chrome ad blocker is aimed primarily at publishers, so other uses of overlays and on-site messaging will be unaffected by this.
The real point is that any site using overlays and other messaging needs to think about the user rather than worry about ad blockers. The best messaging is designed to influence and help site visitors, rather than interrupting their browsing experience.
Sites need to think about the user experience, making any messages easy to close, ensuring that timing and context are right, and that messaging formats are appropriate to the device.