How non-profits can use digital channels to build an audience and maximise donations online.
A few years ago, many of the biggest charity sites failed the on the basics of usability,  but non-profits have made massive strides online since then.
Indeed, many non-profits have now fully embedded digital into their organisation, and are reaping the benefits. Lloyds’ UK Business Digital Index 2016 found that the more digitally mature charities were 28% more likely to have reported an increase in funding.
However, the same report also found that 49% of charities lack basic digital skills, so there is room for improvement.
Here are some ways charities can improve online and increase the number of donations they receive.

Let’s start with the most obvious. The Lloyds report referenced above found that just 53% of charities are accepting donations online, though this has more than doubled since the previous report in 2015.
It should be noted that some of the non-profits surveyed for the report are relatively small, but it is relatively simple and cost-effective to take online donations, so hopefully this figure will improve by the time of the next survey.
The CAF Giving Report 2017 found that 26% of all charity donations in the UK were made online last year. It also found that under 44s were far more likely to donate online so this is the future for non-profits.

For non-profits that do accept online donations, it’s vital that web visitors can find out where to donate the moment they land on the site.
This invariably means nice clear calls to action which the user can spot instantly.
Here’s a great example from Oxfam. The donate link is one of the four main options, and the use of colour and the shape makes it stand out on the page. 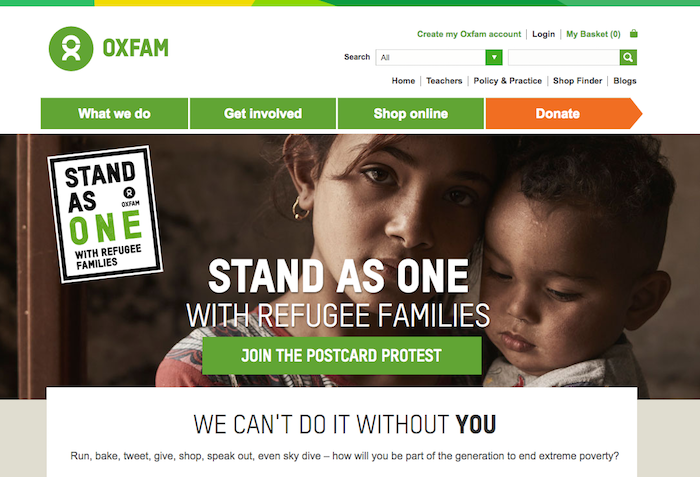 By contrast, BHF’s homepage doesn’t emphasise the donate link. It’s there next to the search box, but it could be missed at a glance. 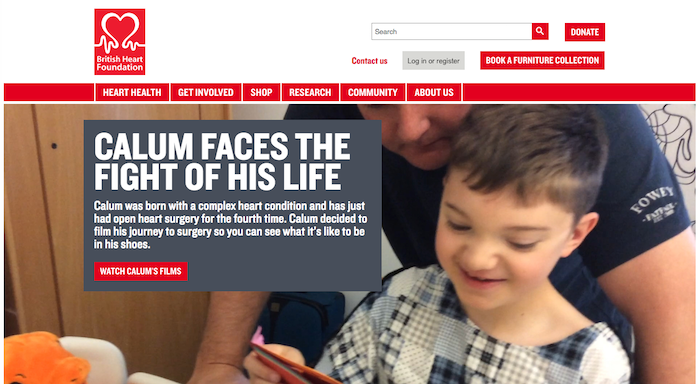 Digital marketing provides a wealth of opportunities for non-profits, and they don’t necessarily require huge budgets.
Often, it can just be a great idea which takes off. One example I love is #FirstFiver.
John Thompson, a corporate fundraising consultant, decided to donate his first new plastic five pound note to charity last September. 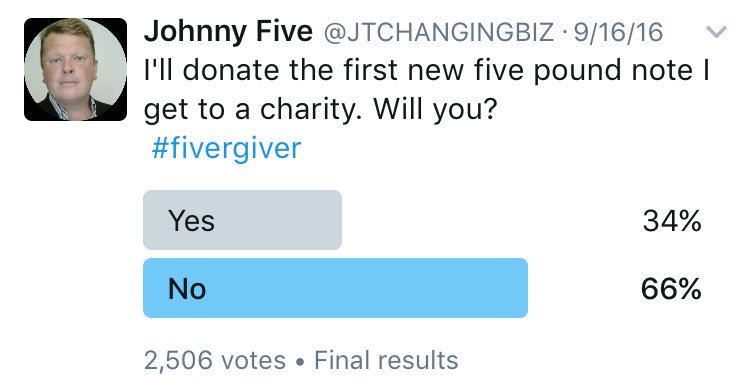 Others followed suit, some charities began to use the hashtag, and the result was an estimated £12.5m in donations, just from one great idea.
There are other examples of great non-profit social campaigns, while non-profits are using content marketing to great effect.
For example, Wateraid took viewers on a virtual trip to a small village in Ethiopia to highlight the problems there and the work the organisation does to help.
It raised $2.4m at one event where participants were given VR headsets to view the videos.

17% of online donations were made via mobile in 2016, up from 14% the previous year. As with online retail in general, mobile will become an ever more essential channel for non-profits.
It’s therefore vital that sites and donation processes are optimized for the mobile user. 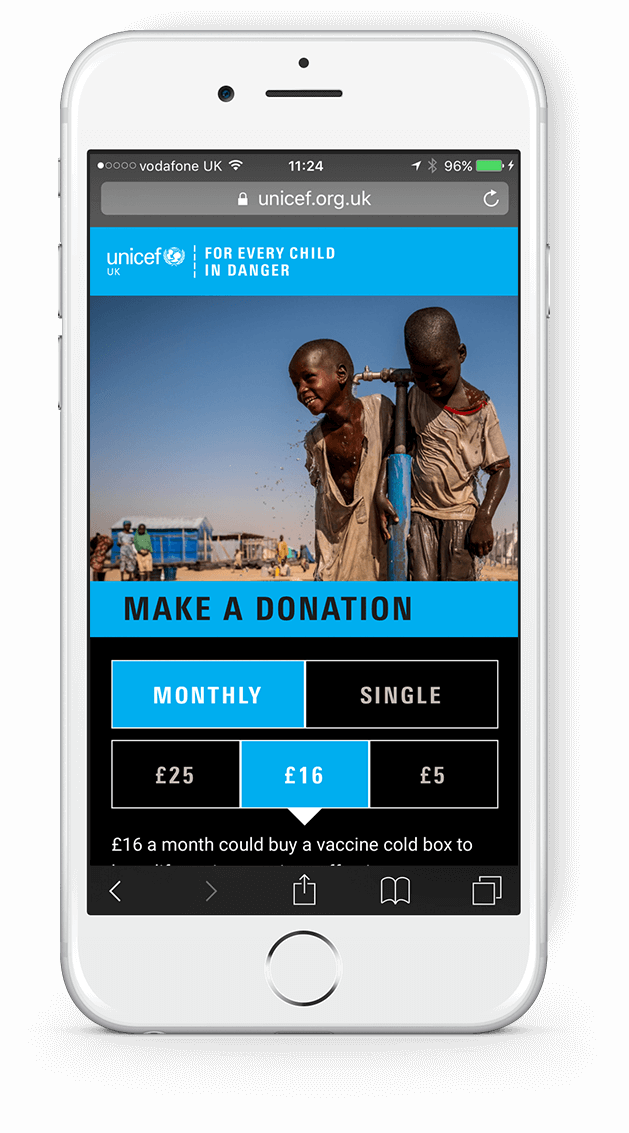 People often respond to advertising by heading online, often via smartphones, so it pays to promote your online channels through other forms of advertising.
An estimated 84% of viewers who own smartphones use their mobile device while watching TV. This means there’s an instant response method if they view an ad that affects them in some way.
Recognising this behaviour when planning campaigns can help to drive online response.
This may be by creating a dedicated website around a campaign, as Cancer Research did, or making sure that URLs are visible.

Non-profits can use Conversion Optimization techniques like A/B testing to maximise their online income.
If you’re driving traffic to your website, it pays to ensure that as many as possible sign up or make a donation.
Here’s an example from non-profit Kiva, which looked to improve its landing page for first time visitors. 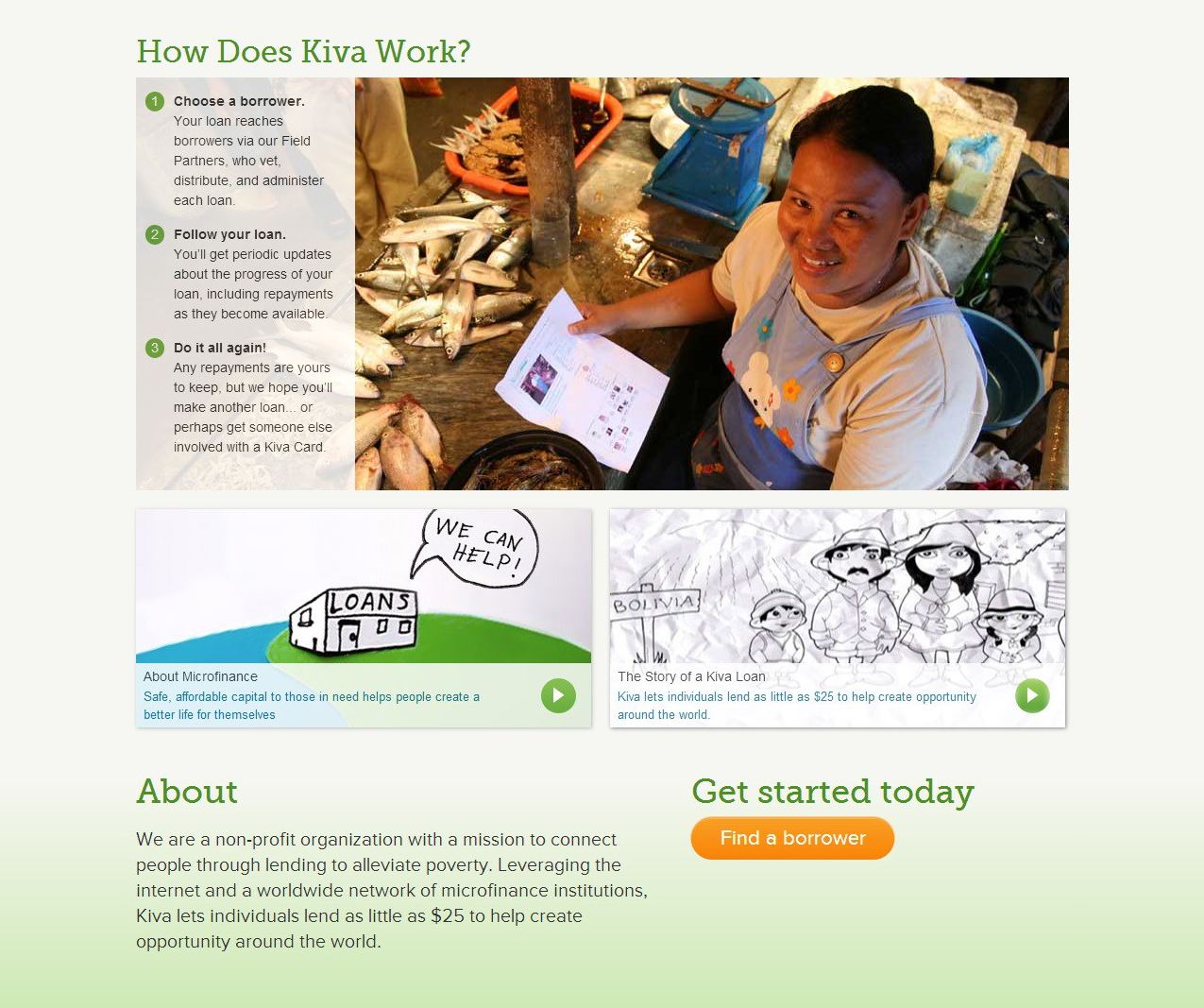 Part of the project involved optimizing the bottom half of the landing page, which explained how the service works.
The image above shows the original version, and below is the redesigned page – the ‘winning’ version.
By adding more information and answering key questions that visitors have, as well as using social proof in the form of testimonials, the new version increased conversions by 11.5%. 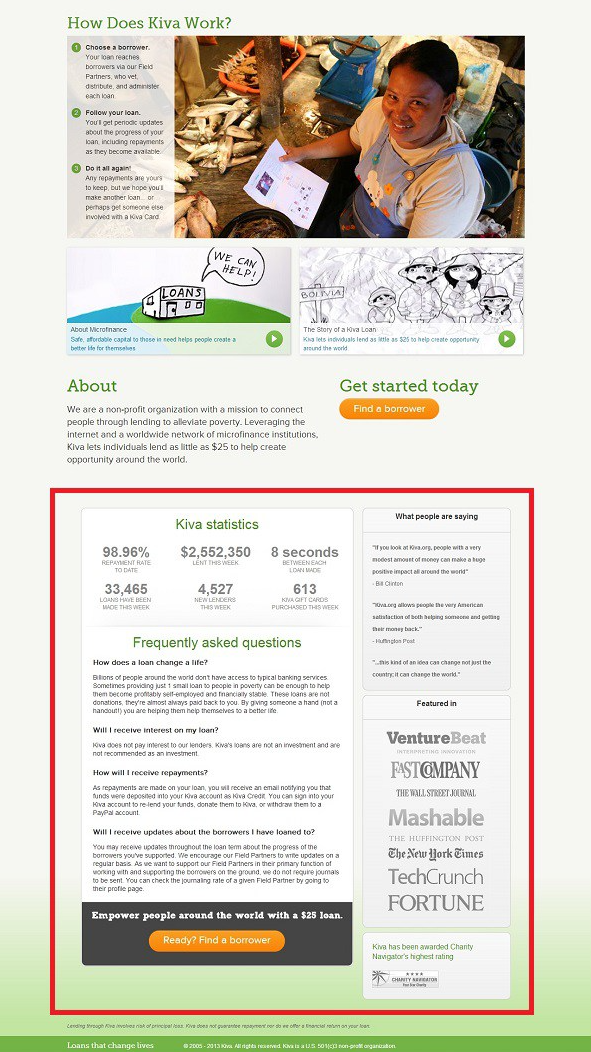 Tell People What Their Donation Will Achieve

People want to feel that the money they donate will actually make a difference, and one way to do this is to illustrate the kinds of things the donated amount can buy.
Here’s an example from WWF, showing what different donation amounts can achieve.

This reassures donors that their money is going to achieve a specific goal, and also makes an excellent alternative Christmas gift.
The most famous example is that of buying a goat to support families in Africa. 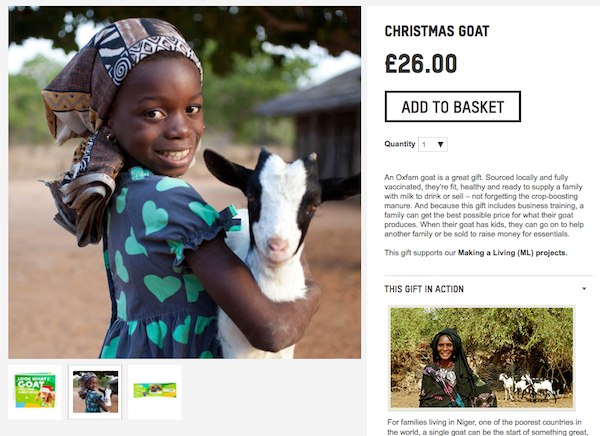 Charities will often pre-fill donation boxes with a suggested price, or else provide a range of options (often three) to choose from.
This is using an understanding of human behavior to increase donations, in this case the tendency to work from the first piece of information offered when making a decision.
For example, companies will often offer three different price points (think TV subscription packages for instance), which often makes the middle option seem the best value for money.
In the case of charities, donors may not want to feel like they are being cheap by choosing the lowest donation, and will therefore choose the middle option. 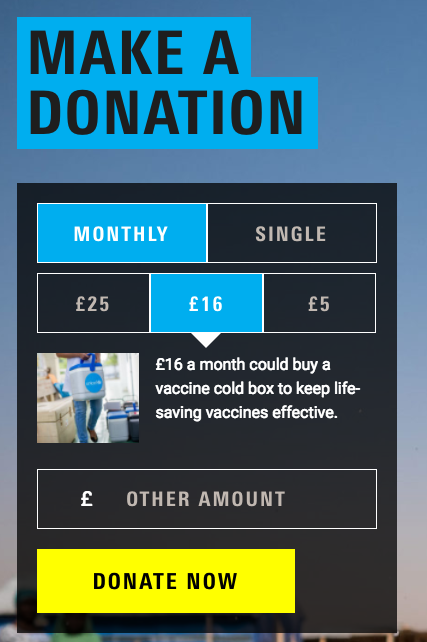 This is too big a subject for this article, but suffice to say that non-profits should be learning from ecommerce sites and working to make online payment as easy as possible.
Some areas to consider include:

Use Post-Purchase Email to Build Relationships with Donors

Confirmation and follow-up emails can be used to keep donors updated on the progress of their donation, and the valuable work that the charity does.
WWF uses emails to keep customers updated on progress and to keep them engaged beyond the initial donation.
Here, after adopting a tiger, WWF tells me the tiger’s name, where it lives, and how they are monitored. 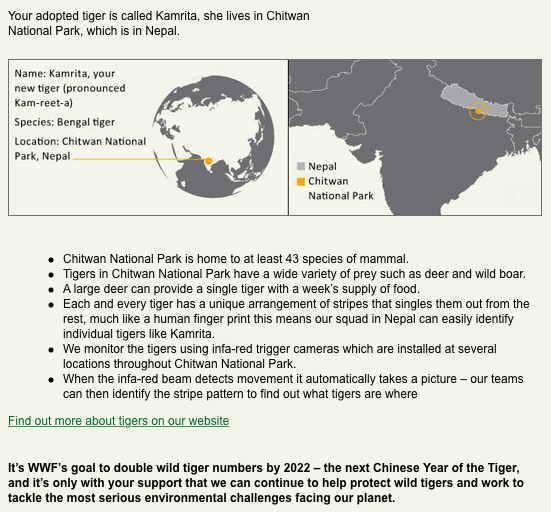 In subsequent emails, they sent updates on progress, and explained the charity’s work in more detail.
It’s a great way to provide more value and keep the relationship going with the donor.