Here it is, the weekly round- up, ‘SaleCycle likes this’, to give you a quick update on the latest and most interesting campaigns in the world of ecommerce and digital marketing.

This has been an exciting week in Australia, with the marriage equality votes being announced. 61.6% of voters voted yes, supporting a change to the law to allow gay couples the right to get married.
It will now fall to the Australian government to determine whether they will pass legislation on this.
Australian and global brands are sgetting involved to show support in this celebration of equality such as Coca-Cola, Starbucks, and Tourism Australia to name a few.
These well-known companies have taken to social media to spread the rainbow associated with the LGBTQ+ community. 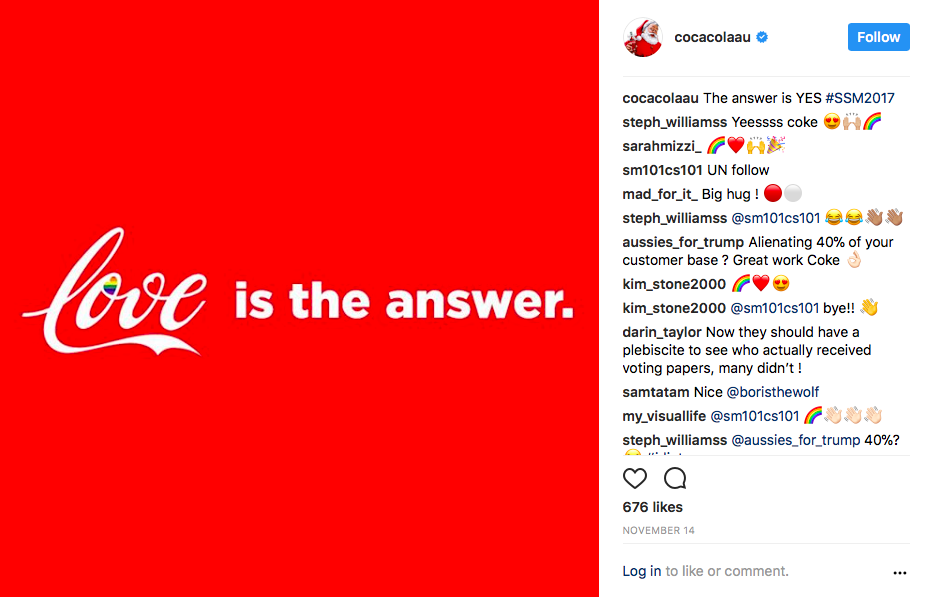 On the subject of social media, Twitter has revealed that they have been testing a new advertising subscription. For $99 a month, you can subscribe to Twitter promote mode which turns tweets into ads through the new program.
This ad program has a goal of allowing small businesses with less than 2,000 followers to advertise to a larger audience with ease by automating the ad campaigns.
It’s easier for users paying for this subscription as they don’t have to do anything to activate this ad program.
They just have to tweet their usual content and they will reach a wider audience. These tweets will appear similar to a promoted tweet, with the promoted badge, indicating that they are an ad. 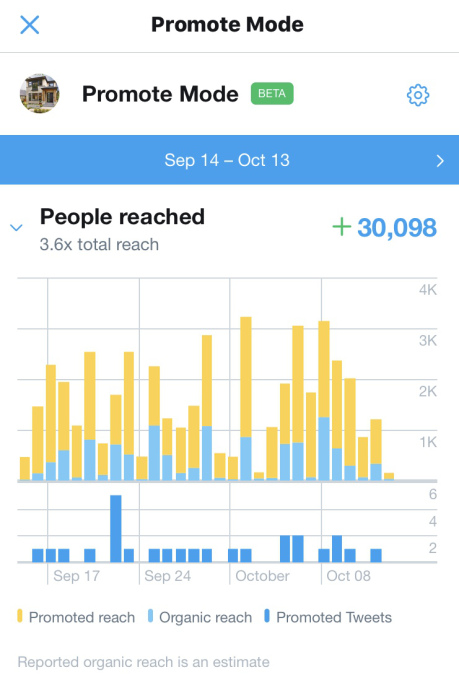 In the future, accounts with a larger following will be able to subscribe to this Twitter ad program, at a  higher price.
Currently, this promote mode is available as public beta in the US and UK and will be rolled out to other locations in the near future. Be sure to keep an eye out for this.

Now for the topic that everyone has been waiting for this week, Black Friday.
Walmart has introduced a strategy that it will use for the first time this week. This strategy aims to minimize the rush of shoppers and the chaos associated with Black Friday.
Walmart has done this by introducing color-coded sections in store which separated each department along with a corresponding map. This is said to allow the customers to visually navigate the store, finding exactly what products they want to purchase.

In order to access the map, shoppers are encouraged to download the Walmart app or go on to the Walmart website.
On the maps, the most popular items are highlighted with a number for ease. When accessing the map, Walmart displays all of their best items on offer. By doing this, Walmart’s customers are able to plan what they wish to buy and use the map to plan their way around the store.
Additionally, these offers are available online, meaning that when customers go on to get access to the map they may alternatively make online purchases also, therefore maximising sales.

Last but not least for this week, SaleCycle’s latest cart abandonment stats were released on Tuesday, covering June, July and August 2017.
The average cart abandonment rate is now 78.4%, up 1.5% on the previous quarter.
For more information, and stats from five different sectors, read the remarketing report on the blog. 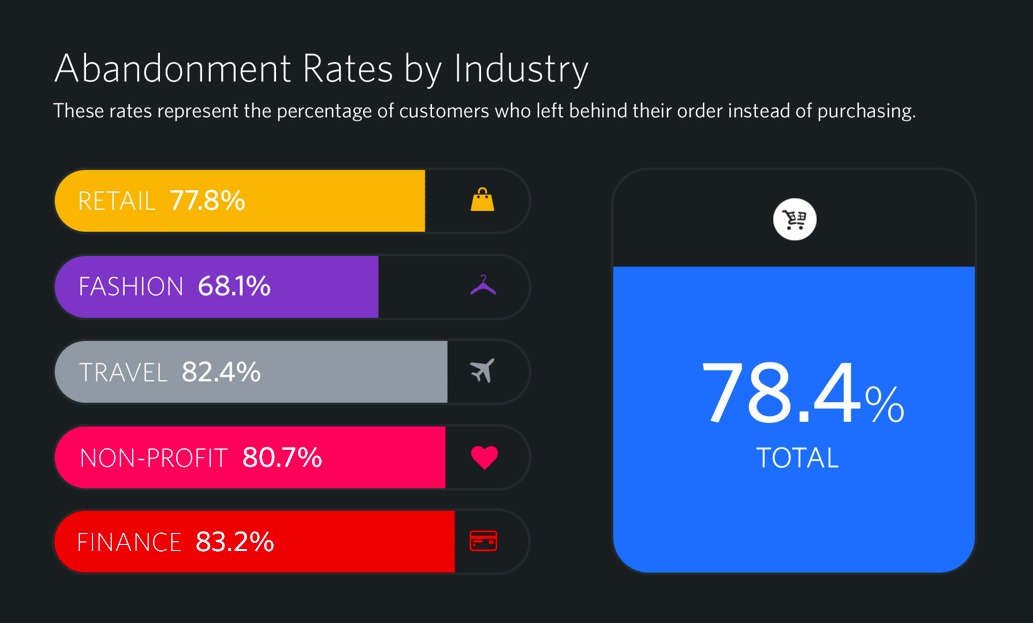 Mobile cart abandonment is a major issue for ecommerce retailers, why? Because the majority of online traffic comes via smartphones, yet mobile conversion rate and online sales are lagging behind the traffic growth.