A look at some of the issues around abandonment on financial sites, and how longer forms can be made easier for users.
Abandonment can be an issue for financial services companies, as customers can be deterred by long application forms, but what can banks do to deal with this issue?
Our most recent Remarketing Report found that finance abandonment rates were an average of 75.7% for Q3 2018. 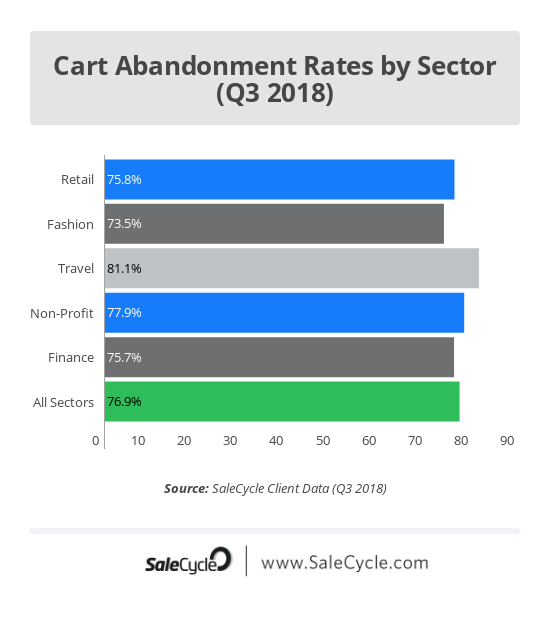 A survey by Signicat found that 56% of respondents had abandoned an online finance application. This is up from 40% in the same survey two years ago.
It should be noted why this figure is different from the 75.7% we present above. Firstly, our data comes direct from client websites, secondly, the survey results covered both online and offline applications, so the two figures aren’t directly comparable.
The reasons given are interesting though: 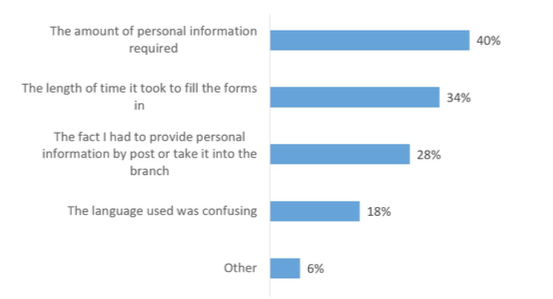 One issue was the lack of an online-only option. People clearly want to complete applications online, saving themselves the hassle of making appointments and visiting bank branches.
The factors that relate to online form abandonment most closely are confusing language, asking for too much personal information, and the length of forms.
In this article I’ll take a closer look at form length, as this is the major reason for abandonment, with the help of some examples from Mapa Research’s report on banking form usability.

Are financial forms just too long?

A key point here is that forms shouldn’t be any longer than they need to be, and it’s worth reviewing forms periodically to ensure that all the fields included are necessary to complete the process. However, some forms just need to be a certain length.
An application for a mortgage, loan or insurance is complex, and it’s important that companies get the information they need. Much of this is therefore about managing user expectations.

The look and feel of the form

Much can depend on form design and the layout of different sections. The choices companies take when they choose to split forms into different sections make a difference, as they affect how users perceive forms before they begin.
If a form looks long and complex, people may decide not to spend their time on it.
Here, Legal & General promises that its form will only take ‘a few minutes’. 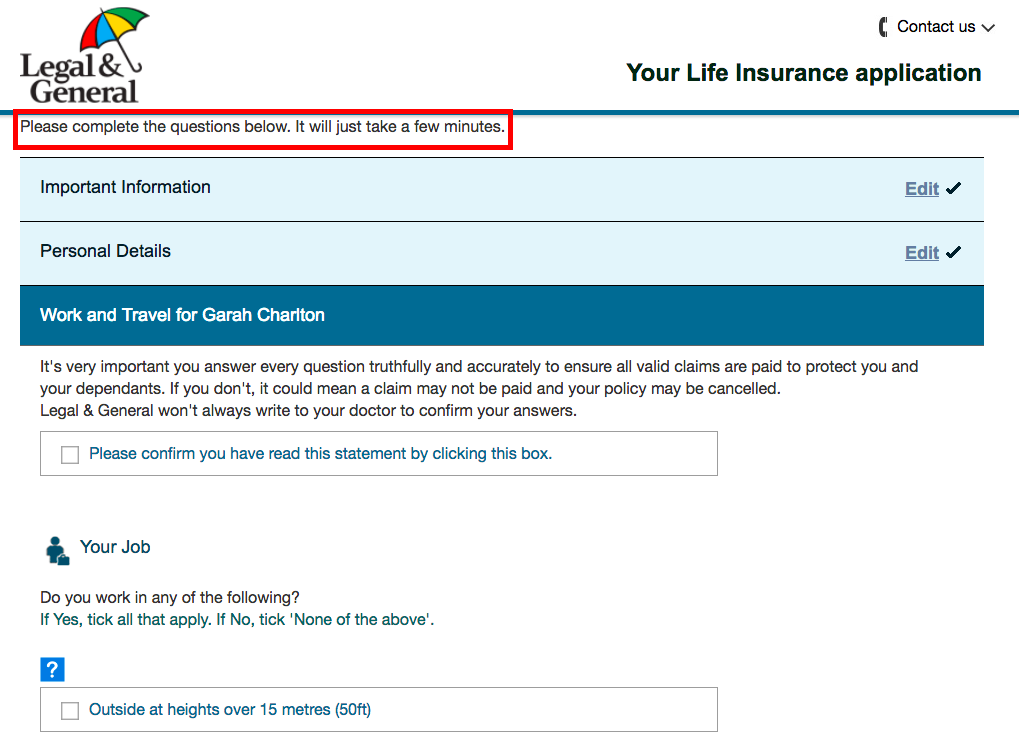 However, as well as the three sections already completed, there are a further 12 to complete. They’re all relatively short sections with one or two questions in each, but it does give the impression that it’ll take more than a few minutes to complete. 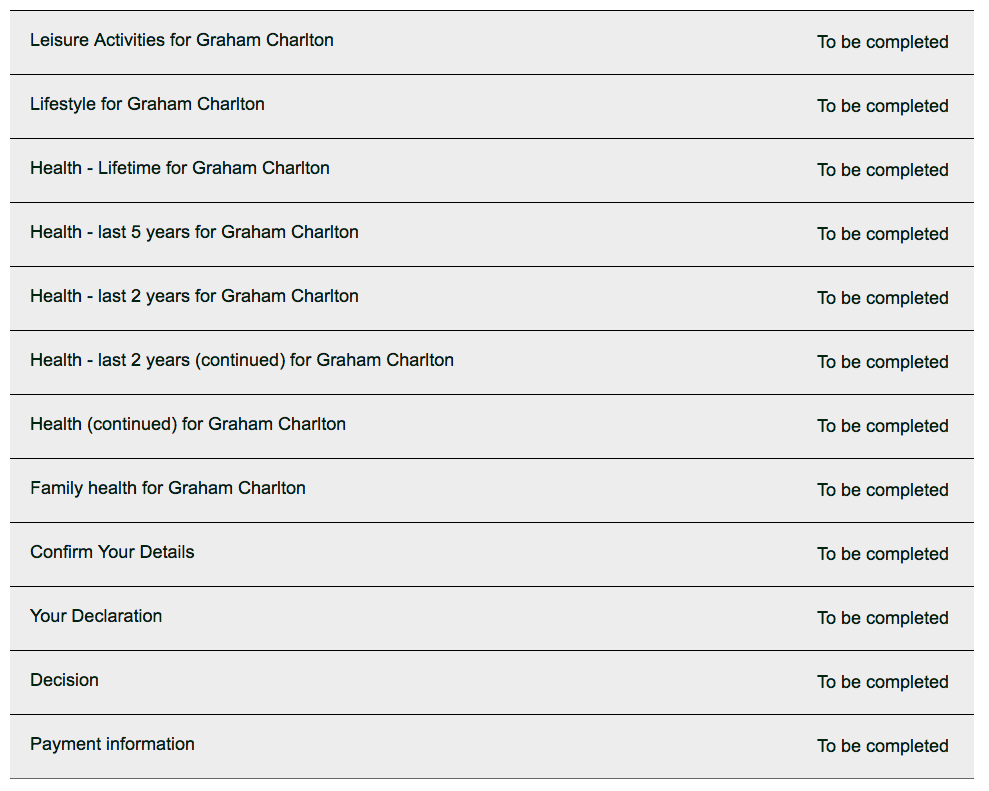 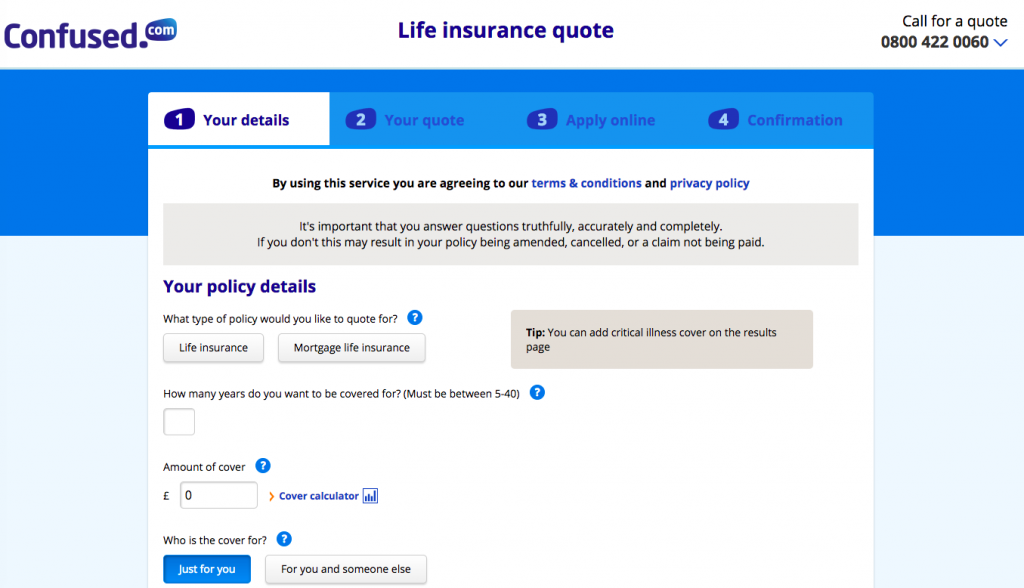 This makes for a long section, but data entry is easy with lots of simple yes/no buttons. Also, since users don’t need to click ‘continue’ after every question (as they do on the Legal & General form) the process is faster. 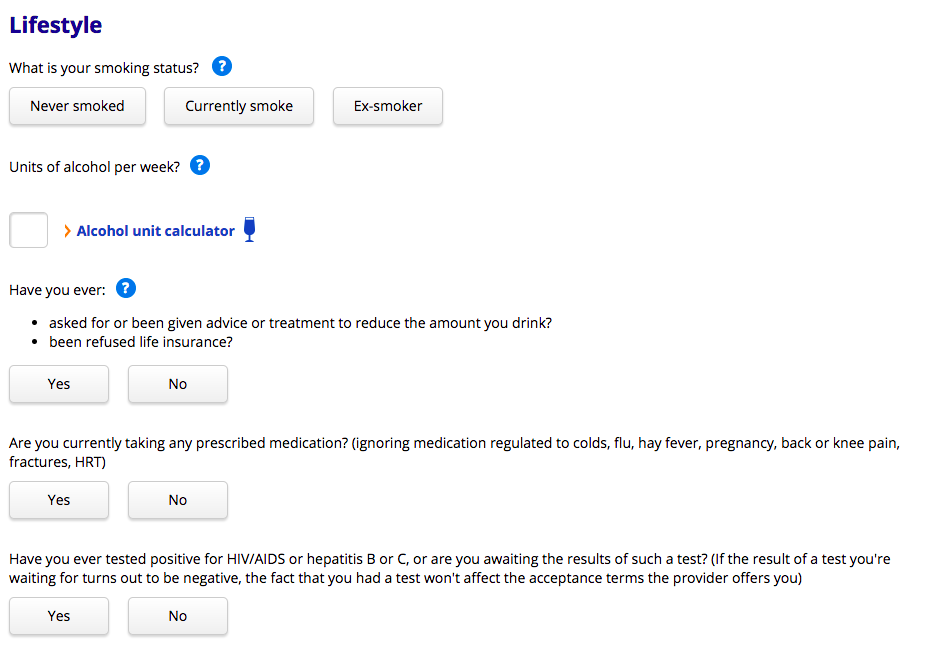 It’s important to be upfront with customers about the work involved in completing forms. There are two obvious way to do this.
One way is to show a progress indicator, and the other is to provide an estimate for the amount of time it will take to complete the form.
Progress indicators
Progress indicators show how many sections there are to complete, what information is required in each section, and the current position of the user.
As shown by the Legal & General example earlier in this article, the number of sections should be considered carefully. Too many could deter people from starting to complete forms, so the right balance needs to be found.
The information should be presented clearly too. Here, HSBC’s presentation is confusing. It has seven main sections and several sub-sections, which gives the impression of a long process.

Compare this with first direct (part of the HSBC group), which reduces the number of steps and explains them more simply. 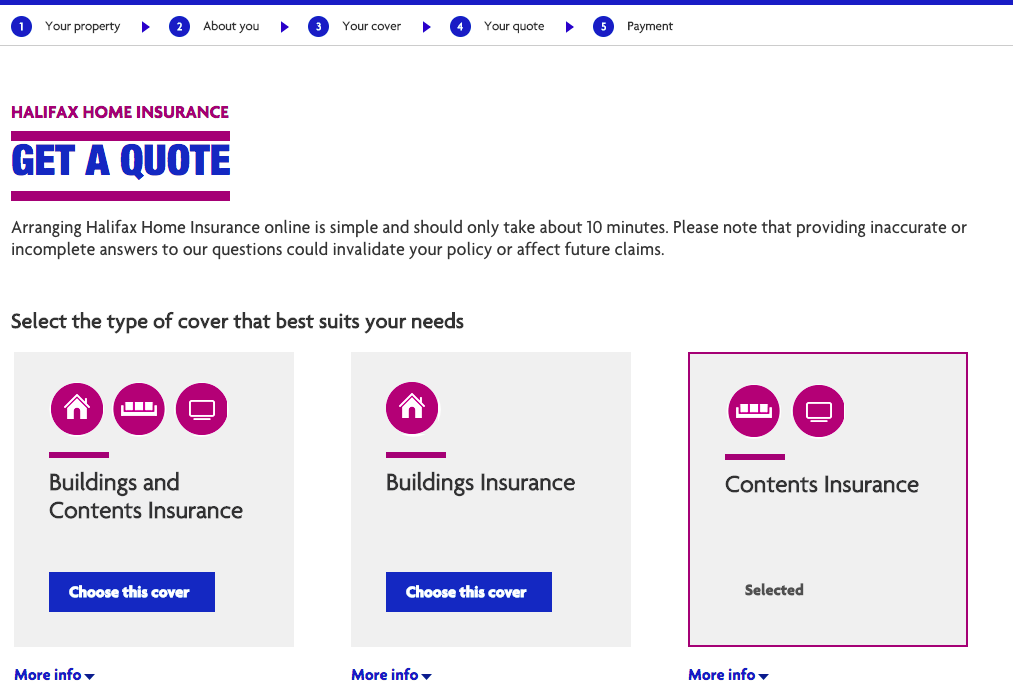 Confused.com makes the estimate clearer, including the information on the green call to action button.

It’s an interesting trend, one which helps to set expectations around forms. However, it’s important to be honest here. If you promise five minutes and it takes ten, that’s just going to annoy your users.
Another point to consider is whether a longer time estimate deters users from even beginning a form. Estimates may be worth trying, but they should be tested and monitored.

If users look to be about to abandon a form, there are still ways to persuade them to continue, or to tempt them back at a later date.
For example Confused.com will save forms for you so you can return to complete them if you don’t have time to do this in one session.
Another possible solution is to use on-site messaging to offer encouragement or help to complete a form. So, for example, customers can request a call back if they need some assistance in completing a form. 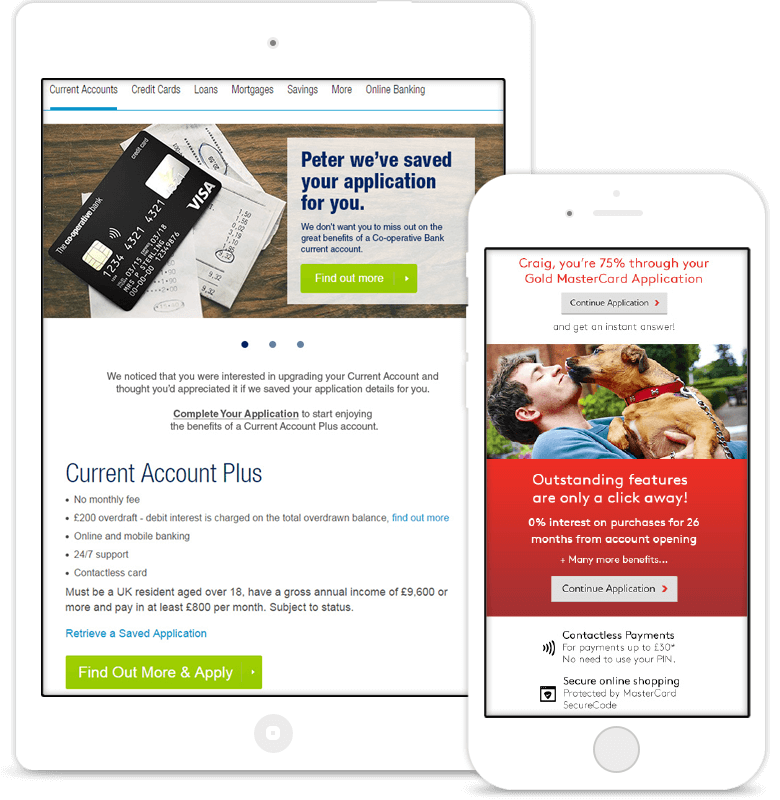 On-site remarketing can also be used to offer to email users more information, or a link to complete forms at a later date.

Application forms can be as much about perception as anything. Two forms asking for the same information can be made to seem more time-consuming depending on the design choices made in presenting them.
The key is to make data entry as easy as possible, but also to be upfront with users about the time it will take to complete forms.
It should also be appreciated that, however well forms are designed, people will abandon them from time to time for various reasons. In such cases it’s important to provide other options to try and save these customers.

One thought on “Why Do People Abandon Financial Applications Online?”

As shoppers remain cautious of the high street, online retail continues to grow. While this is great news for e-commerce, it brings new challenges. Increased traffic has led to an increase in basket abandonment in most industries.

How Customer Behaviour Prediction Can Improve Your Brand Presence

In this article we look at how Cart Abandonment SMS marketing, with some examples and stats from brand campaigns.