The vast majority of retailers were offering promotions and created a solid Black Friday ecommerce strategy this year, as our study of UK and US ecommerce sites found.
We looked at the top 100 retailers in both the US and UK, using the Internet Retailer US and UK lists, to see who was taking part in Black Friday, and which retailers decided to sit it out.
The results? 91% of UK and 81% of US retailers were offering Black Friday discounts and promotions this year. The combined figure for US and UK is 86%.
[infogram id=”retailers-offering-black-friday-promotions-2017-1h1749337klq4zj” prefix=”O7i”]

That fewer US retailers took part can in part be explained by the fact that more luxury brands featured in the top 100.

Luxury retailers trade on the exclusivity of their products, and some feel that discounting will dilute this brand appeal.
Others decide to sit out Black Friday altogether and do something else instead, with REi being a prime example.
Outdoor clothing and equipment retailer REI decided to opt out of Black Friday promotions, instead giving its 12,000 employees the day off and closing its 151 stores.
It encouraged its customers to #optoutside and spend the day outdoors instead. It’s a relevant campaign for such a brand, and gives REI an alternative to joining in with all the discounting.

REI chief executive Jerry Stritzke told Fortune that Black Friday fatigue was behind the decision, and he believes that it no longer works as well as it used to.
However, REI is back in the promotions game today, with a Cyber Monday sale. 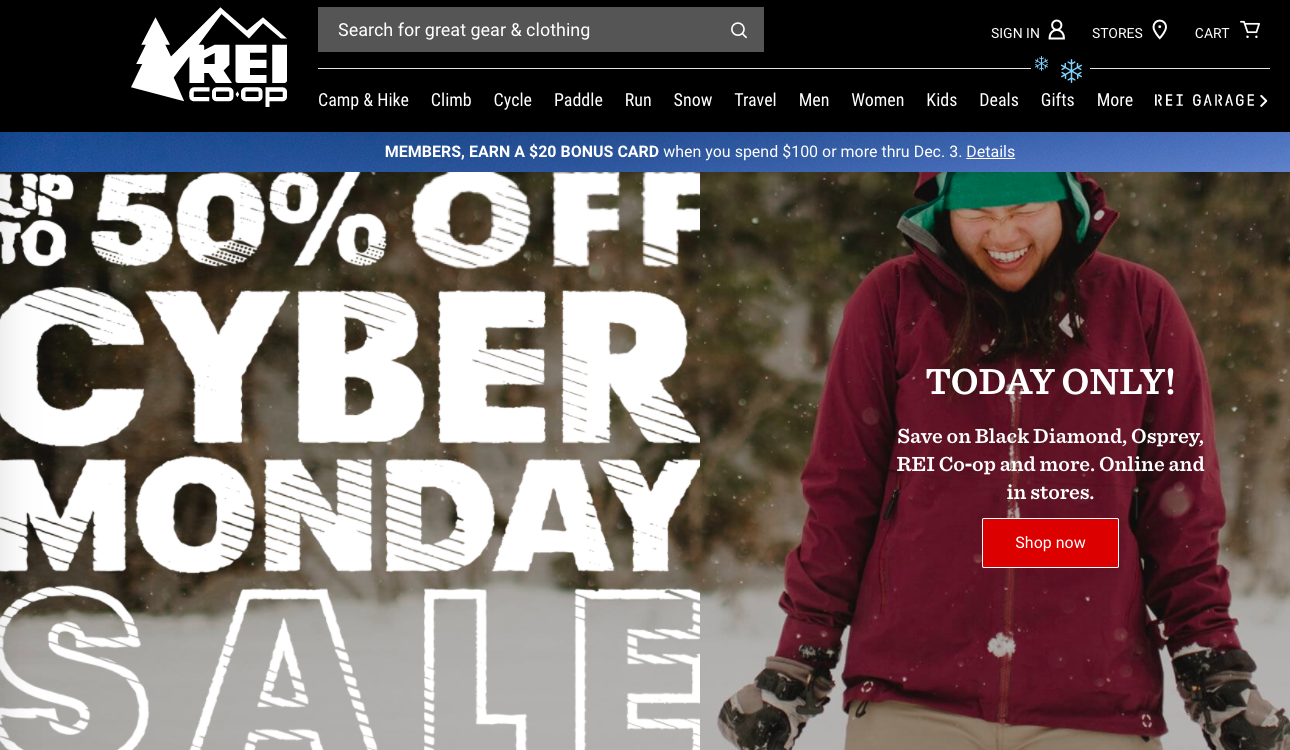 Other brands, such as TK Maxx and Dunelm, didn’t do any specific Black Friday discounts as they both claim to offer competitive pricing all year round.

Others didn’t go big on Black Friday branding online, though there was some SEO work around the term.
Apple, for example, had a ‘one-day shopping event’ and didn’t offer discounts, but instead offered a gift card with certain purchases.
This is a great strategy, as the gift card encourages shoppers to return to your website (or stores) later in the Christmas shopping season to buy again. 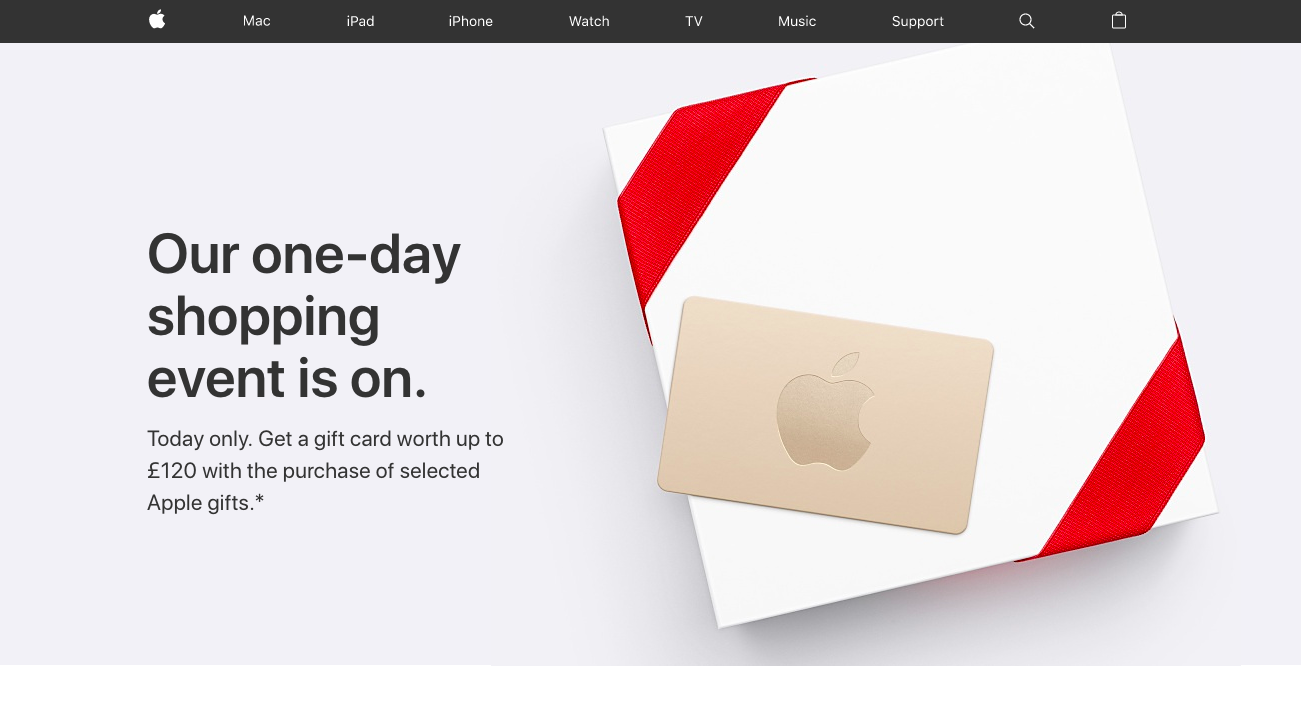 Most brands went big on Black Friday promotions though, with lots of black panels on their homepages, and continued to do so through to Cyber Monday. 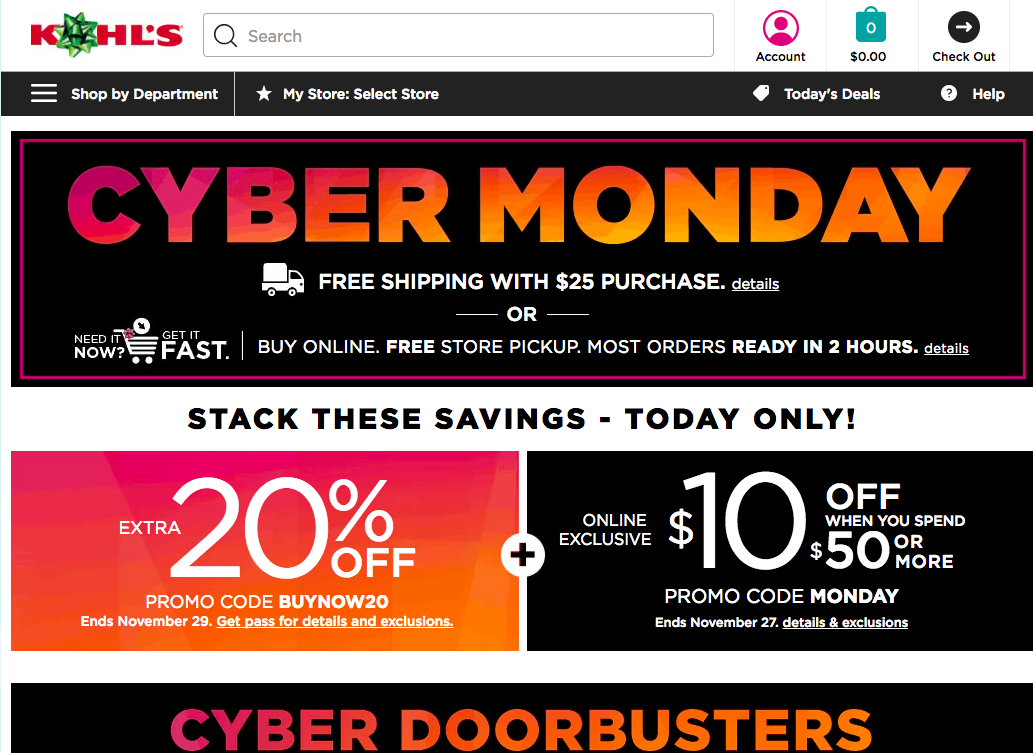 Some brands discounted heavily, with 50% off on sites like Gap, while most seemed to offer at least 10% or 20% off, often across the entire product range.
Early stats suggest that Black Friday spending has increased compared to last year, 18% up YOY in the US, and 12% for the UK.