In this post, we’ll look at how countdown timers can be used on site and in email marketing to drive sales.

Creating a sense of urgency can be a powerful method which pushes shoppers into making a faster decision on a purchase they’re considering.

There are several ways to employ urgency as a sales tactic – showing that stock levels are low for example – but here we’ll look at the use of countdown timers.

Countdown timers are a clear visual cue which tell customers that, if they want a product, they must take action within a specified period of time. This could be a countdown until the end of a sales period, or for an offering such as next day delivery.

It can work well too. Here’s an example A/B test from ConversionXL with two versions of a landing page, one with the basic offer and price, the second with information on how many items had already been bought, and a countdown timer.

The result was that the conversion rate of the second email was almost three times that of the first.

How should countdown timers be used?

The power of the countdown timer is that the ticking down of the clock adds extra urgency in the customer’s mind. They can actually see that time is running out and this becomes a factor in their purchase decision.

The key with countdown timers, as with the use of urgency in general, is that they offer useful information to customers – that a sale will end soon, or perhaps that they have an hour or two left to order if they want to receive items the next day.

The obvious place to use them is where customers are considering a purchase, and so they are more commonly used on home and category pages on ecommerce sites, as well as product pages.

The ability to deliver items quickly can be an effective sales driver, and combining this with a delivery countdown is something that Amazon has done for years. It’s worked on me plenty of times…

SecretSales uses countdown timers on product pages, and here, on its homepage.

The business model behind this site is all about urgency and scarcity. There are time-limited offers on discounted designer goods, and the countdown timer adds to the urgency. When they’re gone, they’re gone. 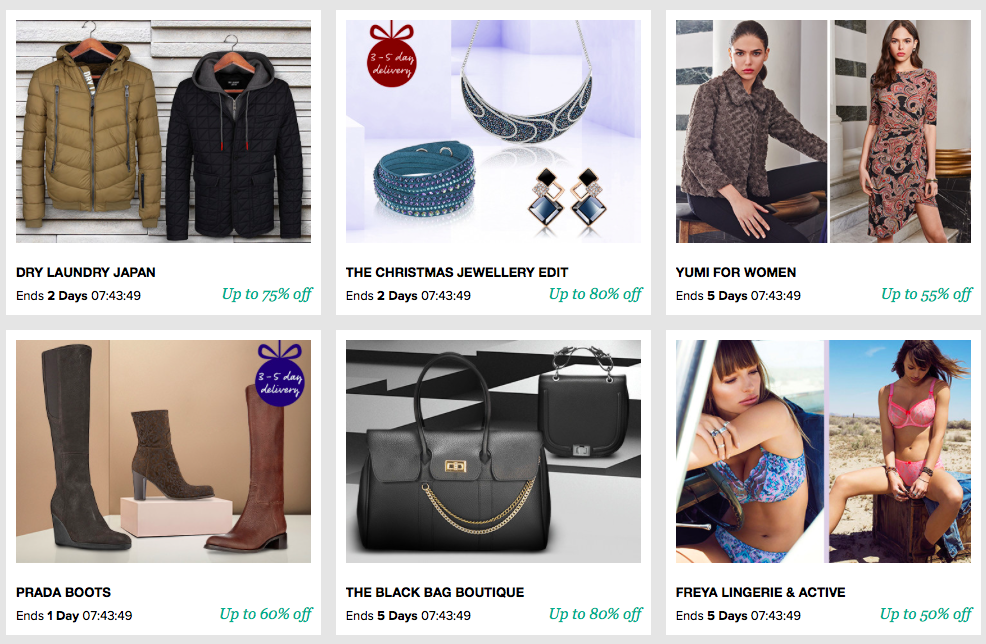 Countdowns are also used once items have been added to the cart, giving people 20 minutes to complete an order.

Putting a timer on checkout completion isn’t recommended for everyone, but it can work when stock is limited. 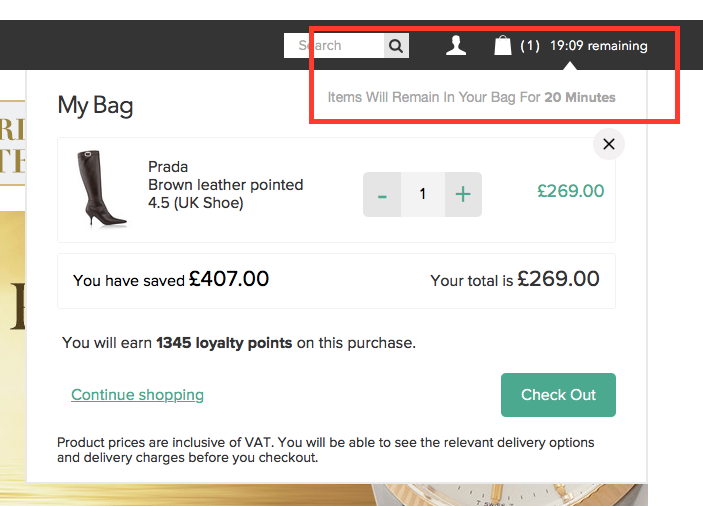 Countdown timers can also be extremely effective when used away from the site, in emails to customers who have abandoned carts.

The timer shows the amount of time left to claim the deal, adding that sense of urgency to an already effective tactic.

This is another example from Ernest Jones, using the countdown timer in the run up to Mother’s Day.

The timer showed how long customers had to order so that gifts would arrive in time, and their mothers wouldn’t be disappointed.

This was useful information for shoppers, and provided a nice prompt to nudge shoppers towards a purchase. The result was a 28% increase in clicks compared to ‘standard’ abandonment emails.

Countdown timers can deliver results, but there are some important points to remember: