Discounts are a common tactic used by online retailers, but is there a risk that customers are being trained to look for them? Should they be a feature of cart abandonment emails?
I read an article on medium recently which tied ‘soaring’ abandonment rates to the process of training customers to expect discounts.
In a nutshell, the writer argues that people are deliberately abandoning purchases in the belief that a cart abandonment email will follow with a nice discount for them, and it is this that is pushing up abandonment rates.
I’m not convinced that abandonment rates are soaring though. We track abandonment rates and, while there is some fluctuation, they have remained relatively steady over the last two years.
The latest figure we have, from Q4 2016, is 76.6% across all sectors, though it will vary by industry. 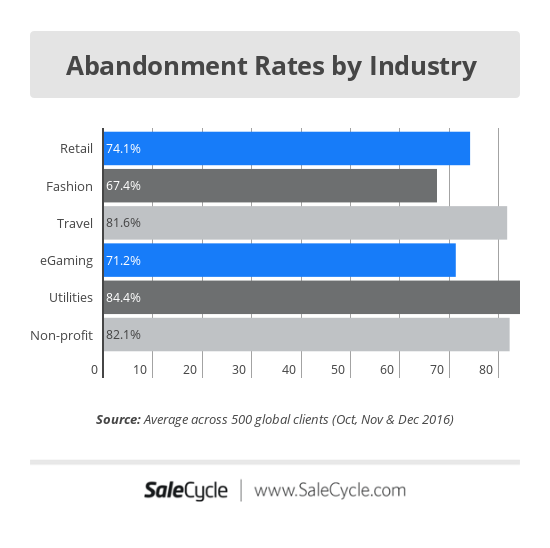 Retailers can improve usability, eliminate issues with checkout forms, payment etc, but there will always be a certain amount of abandonment, simply because most people will not decide to buy on the first visit.

However, the issue of discounts is worth exploring, as there is evidence that customers are being trained to expect discounts. I’ve seen this in practice myself, there are some brands I’d be reluctant to buy from at full price, as they offer discounts so regularly.
For example, I receive emails offering price reductions several times a month from Gap – this is a snapshot from November last year. They’re so frequent that I’d be foolish to pay full price for my jeans, I’d just check my emails instead.

Likewise, the appearance of a coupon code box on an e-commerce checkout can be a signal to shoppers that there might be a discount on offer.
Here, a shopper on Macy’s may be happy enough to pay the full price for these boots, but the presence of the promo code box is a signal that they might just be able to save some money. 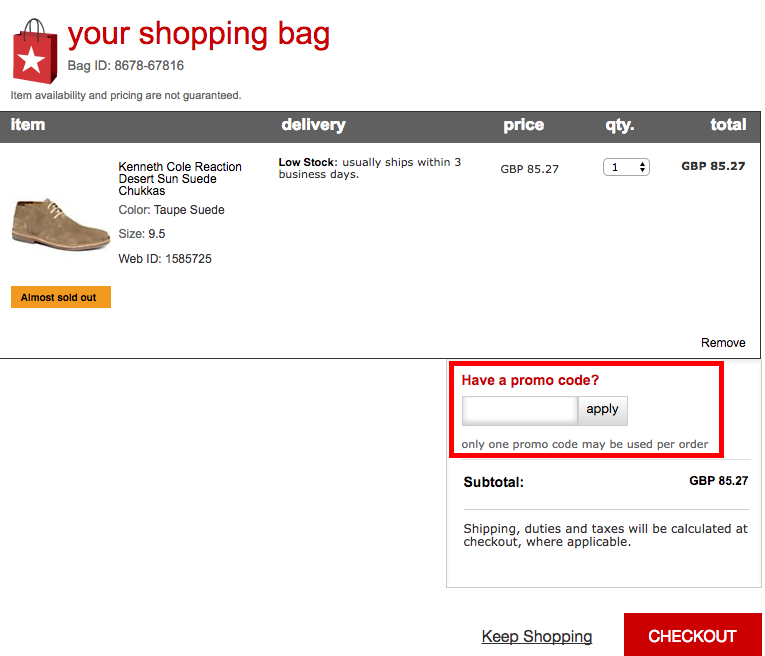 A natural response would be to turn to Google and check out one of the sites offering codes for Macy’s. The result could be that the retailer fails to sell the boots at full price. 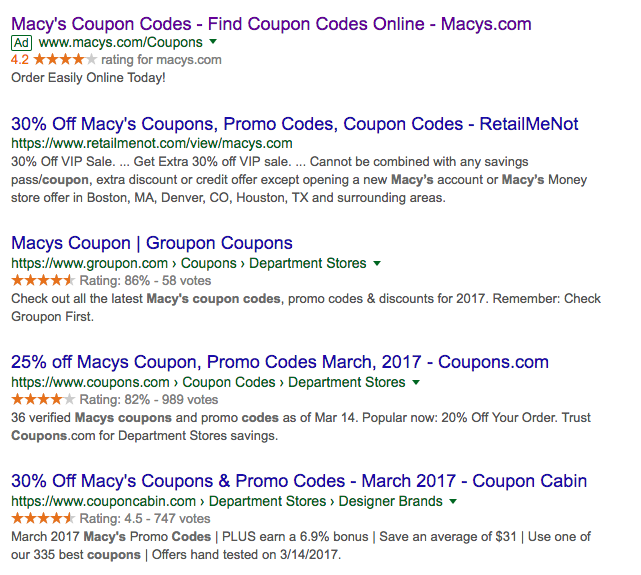 Shoppers have always looked for a bargain, and the internet has made it easier in many ways for customers to find the best deal.

Comparison engines, deals sites like Groupon, and the many voucher code sites all appeal to the bargain hunter, and reinforce the idea that the deals are out there if you look hard enough.

One such example is Pouch, a browser extension that alerts shoppers to any discount codes which may be available on the sites they visit, so people don’t even need to search Google for deals. 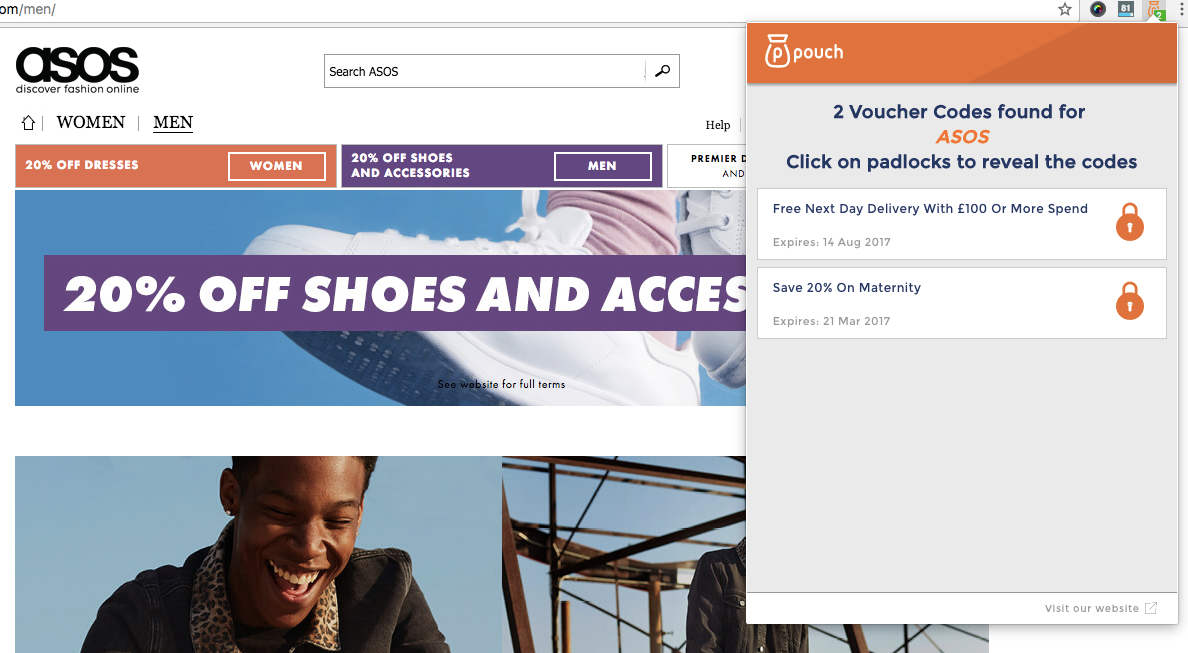 Consumers have caught on to the fact that some abandoned cart emails offer discounts. For example, this ‘shopping secrets’ post on Money Saving Expert advises people to abandon baskets in case you receive a discount code. 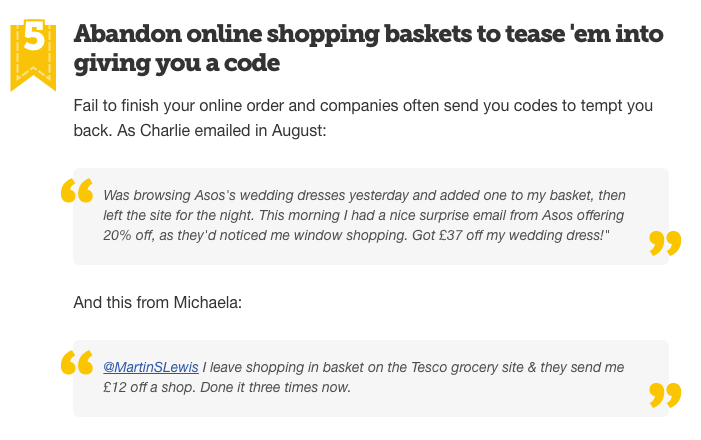 The problem for retailers is that, while discounts are attractive to customers and a great tactic for boosting short-term sales, it has an inevitable impact on profitability.

As Kevin Hillstrom explains in this post, there is an obvious relationship between the level of discounting and profit. 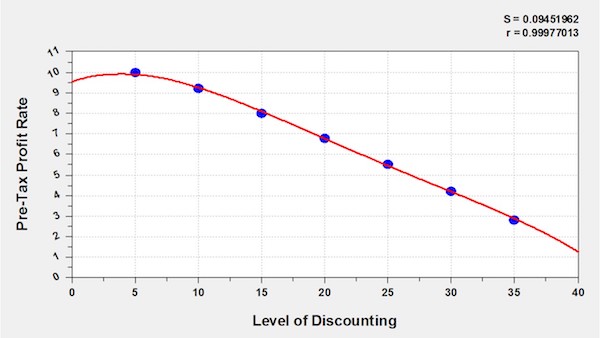 To summarise Kevin’s point, a business that doesn’t feel the need to discount (Apple for example) in is the healthiest position, and one that does use discounts but modestly and infrequently (perhaps to clear older stock) is also is a good position.
However, the businesses which discount almost constantly can be harming their own profits, while also becoming caught in a trap – once you’ve trained your customers to expect discounts, the ‘standard’ price of your products seems very expensive indeed, and it’s hard to escape the cycle.
This brings us to Black Friday and the Christmas shopping season, a time when customers expect ever more attractive discounts from retailers.
In the UK, where Black Friday is a relatively recent phenomenon, there’s been some pushback from retailers, with some well-known brands deciding not to take part.
This is because discounting relatively early in the season tends to affect sales nearer Christmas Day. So retailers can end up selling more earlier, but at reduced margins.
Our sales data backs this up. Black Friday 2016 was three times busier in terms of sales volume than the busiest day in December, while abandonment rates were significantly lower. 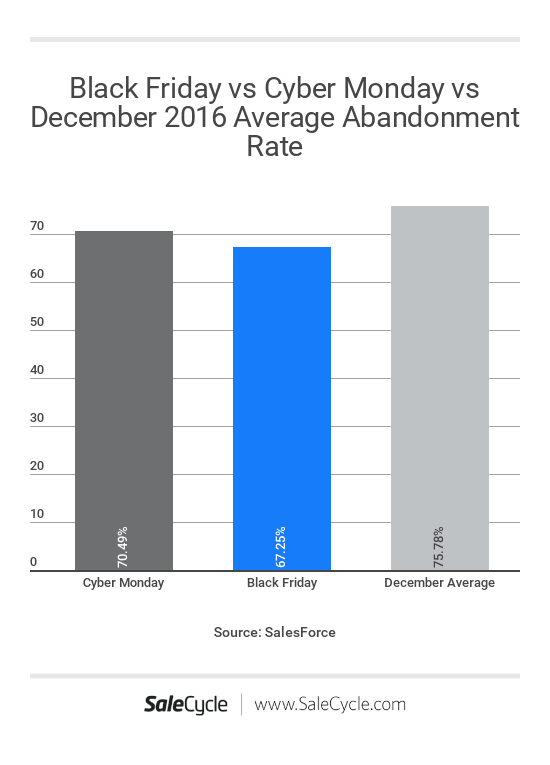 This doesn’t mean that discounting isn’t a worthwhile strategy though. If used wisely, the long-term value of the customers acquired through discounting will outweigh the reduced margins.
For example, retailers are able to increase new customer acquisition by offering discounts off first purchases.
This is a sensible discounting strategy with relatively modest discounts, and if retailers retain a good proportion of those buyers, then the reduced value of the initial conversions will have been worth it. 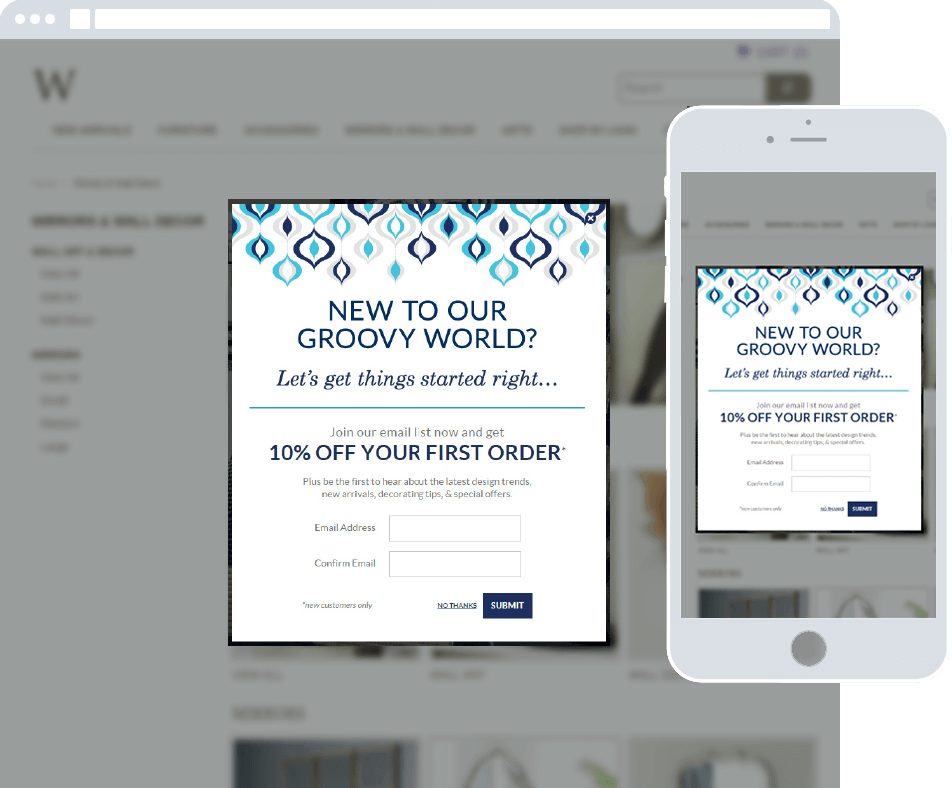 Which brings us back to the original post about offering discounts in cart abandonment emails.

The short answer, based on our data, is no. We haven’t spotted this pattern.
With any discounting strategy, whether through email or other channels. retailers have to weigh the aims of promotions against the value of conversions.
If promotions are offered around key goals like new customer acquisition or expansion into new markets, then discounting can be a very effective strategy.
If retailers retain the customers they acquire in this way, their lifetime value makes the strategy worthwhile.
For cart abandonment emails, there is the option of adding discounts to second and third cycle emails, segmented according to factors like higher basket value or perhaps to target a particular geographical region.
Discounts can also be used for a short time, perhaps related to an on-site promotion, so that customers don’t come to expect price reductions every time they make a purchase.
The key point is that discounts should either be profitable for retailers, or should help them to achieve a particular goal.

So should retailers offer discounts in remarketing emails? Well, they can work well enough without discounts so retailers would be best advised to try this approach first of all.
However, it can depend on what retailers are trying to achieve with abandonment emails. If the goal is to maximise profit, then discounts are likely to impact that. If new customer acquisition, or perhaps expansion on a particular market is the goal, then discounts can help, and the tactic can pay off in long-term customer value.
Used tactically, it can achieve short-term goals like clearing older stock or increasing customer acquisition, but too many discounts dilutes the effect and reduces profit margins. Proceed with caution…

Why Are Mobile Conversion Rates Behind Desktop?