SaleCycle’s team have picked some of the ad campaigns that have impressed them over the last few years.

“Everyone at some point has thought about post apocalyptic life, right??? 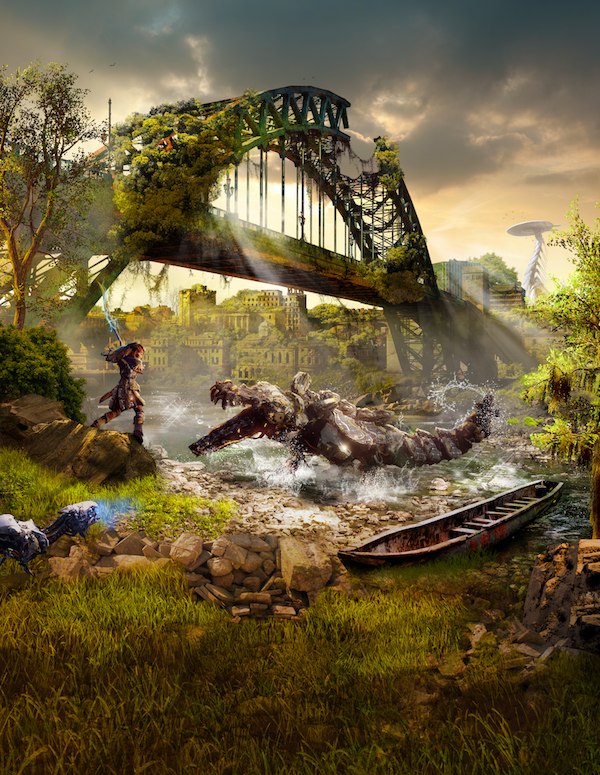 Well, to celebrate the release of Horizon Zero Dawn, PlayStation UK put together some pretty impressive imagery of what eight major British cities would look like in a post-apocalyptic world. 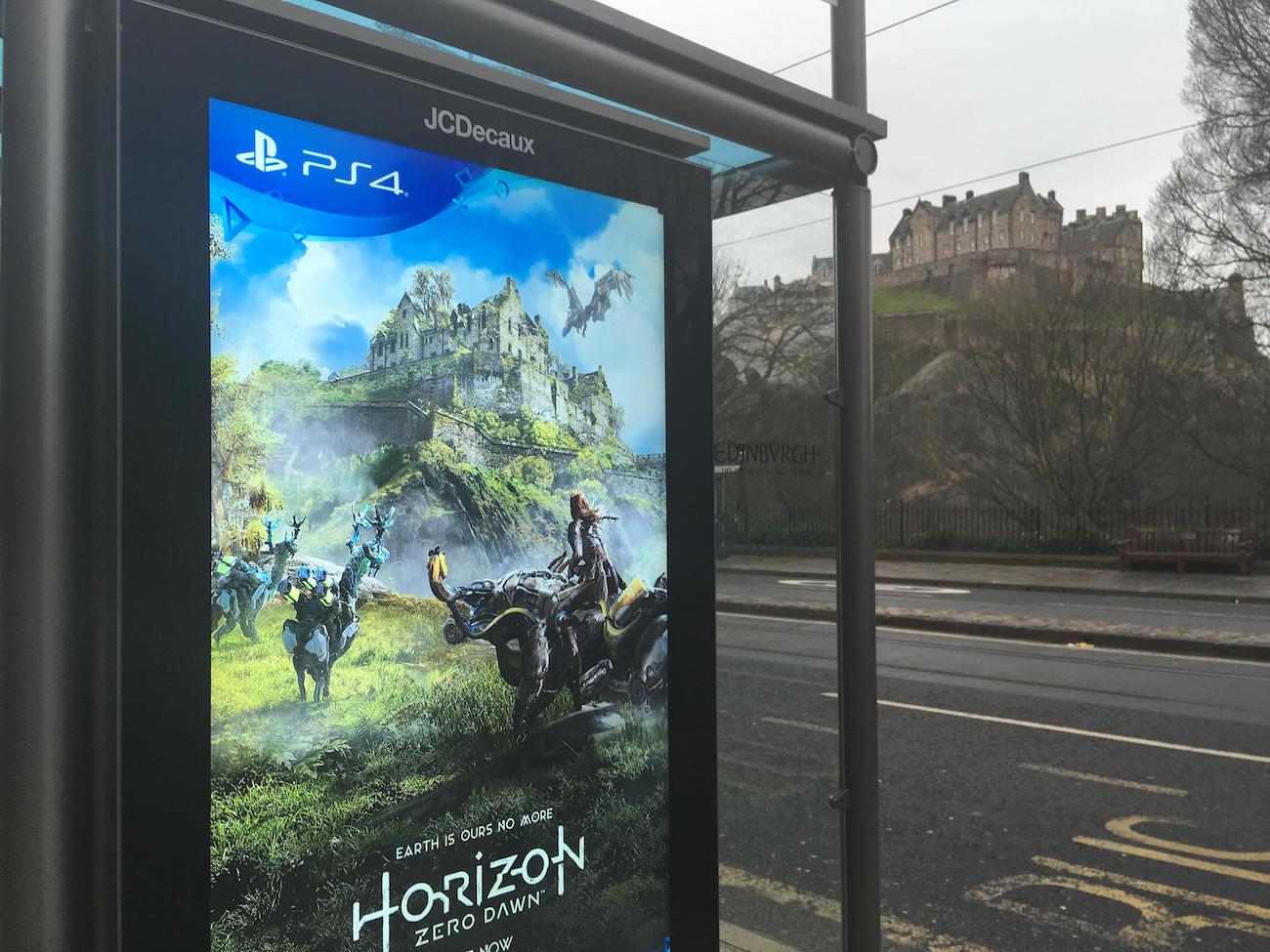 And although the game isn’t really my cup of tea, these ads really sparked my interest and awareness when they portrayed my native and beloved Newcastle Upon Tyne into its marketing campaigns, proving a little personalization can go a long way.” Phil Docherty, ‎Customer Marketing Manager

“I love how this advert sells the product by not showing the car, but by showing our reaction to driving it.

The R8 is a beautiful machine, but is shown relatively little in the ad. Instead, the video focusses on how the car makes you feel and creates a thrilling emotional need to drive and experience it. It’s visually stunning with a soundscape that makes your heart skip a beat. Vorsprung Durch Technik indeed!” Chris Gascoigne, Video Marketing Manager

Mailchimp – ‘Did you mean MailChimp?’

“As a content marketer in the B2B sector, I am a huge fan of… content marketing and innovative ways to target a B2B audience!
MailChimp came up with a campaign that showed both with their creative background and digital-marketing savviness.

I love the simple insight at the core of the campaign: many people know MailChimp but not everyone remembers the exact spelling when they need it. What’s more, we tend to over-rely on Google search suggestions, caring less and less about remembering the exact spelling of all the tools we use.
My key takeaway from this campaign is that B2B marketing doesn’t have to be product-focused and a company can build its brand image and reach more potential customers by coming up with – seemingly unrelated – media such as a nail art blog, a music app, music clips, crisps and everything in between… except emails!
A lot more could be said about this campaign, but i’ll let the video do the talking!” Caroline Baudin, Marketing Manager,  South EMEA.

“I saw these ads as part of a presentation on ‘insane honesty’ in content marketing from Doug Kessler. 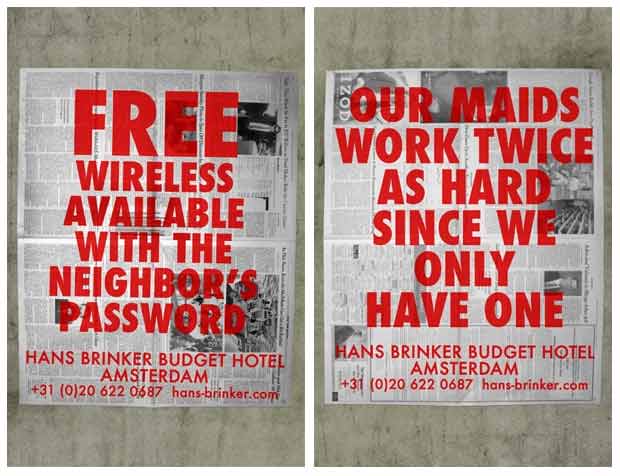 The campaign works because it uses the worst aspects on the hotel (cramped rooms, questionable stains etc) to its advantage. 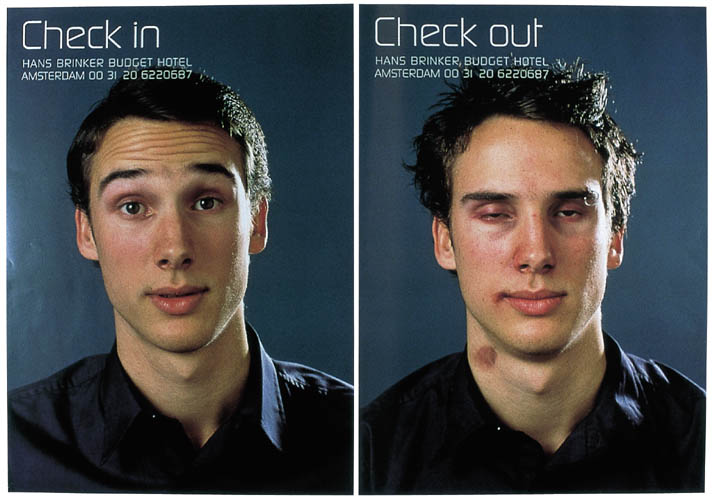 The campaign deters the people who would hate that sort of thing and appeals to its target audience – young people who want a weekend of fun in Amsterdam and don’t care about luxury accomodation – they just don’t want to pay too much. Graham Charlton, Editor in Chief

WWF – We Breathe What We Buy

“Singapore is badly affected by haze at times of land clearing in Indonesia for Palm Oil.

WWF ran this timely “We Breathe What We Buy” campaign when it could not go unnoticed. It was a reminder that our consumer choices had a part to play in the dangerous haze we were experiencing at that moment, and the effect on wildlife. 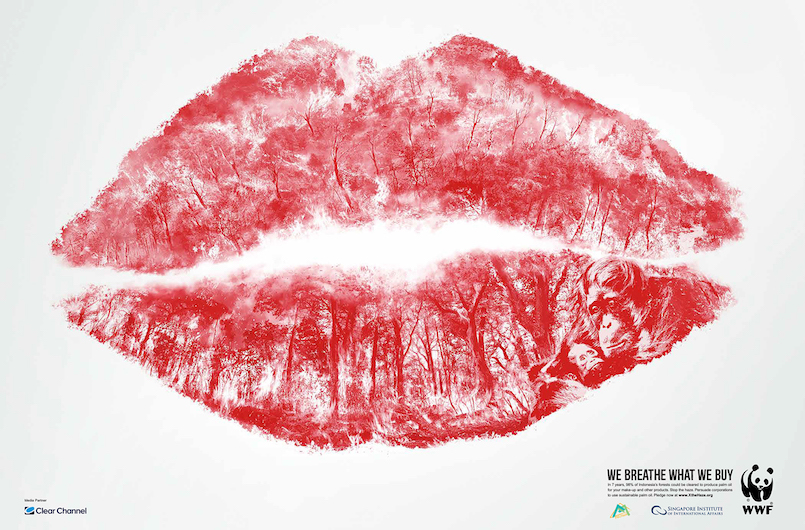 It shows that as individuals we can do our bit by avoiding these products that contain palm oil.” Katie Ash, Product Marketing Manager.

“As well as being beautifully shot in HD, this ad played on the huge success TV show Mr Robot (starring Christian Slater as a hacker) was enjoying (season three is on now).

Add in the fear factor of cyber-attacks, and you’ve got one beautiful, on-trend campaign with a clear solution for an undeniable pain-point.” Jack Ford, Acquisition Marketing Manager.

“Rallying to go against the grain by posting ‘anti-filter’ photos of awkward tan lines, killer blisters and post workout selfies, this ad encourages users to post the ‘real them’ by using Strava.

As with most cardio exercise the advert starts off with excuses which most ordinary people can instantly relate to; ‘early mornings’, ‘too tired’, ‘I’m not cut out to run’’, before jumping into the feel-good factors of exercise.

I was already signed up when I saw this advert but it sure did motivate me to go for a run and share my post-workout selfie with the Strava family. Their call for a little less curation and a little more perspiration worked on me although I’m not sure if the SaleCycle blog would be a better place with this photo. Haha…” Nic Weschenfelder, Marketing Executive.

“I first spotted one of these ads while I was out having a jog.
The brilliance of the campaign is in its simplicity. The first thing I thought was ‘Wow, why has no one else done this?’ and that’s a sign of a great ad. It feels ‘Apple’ like in letting the product do the talking which works to wet the appetite. 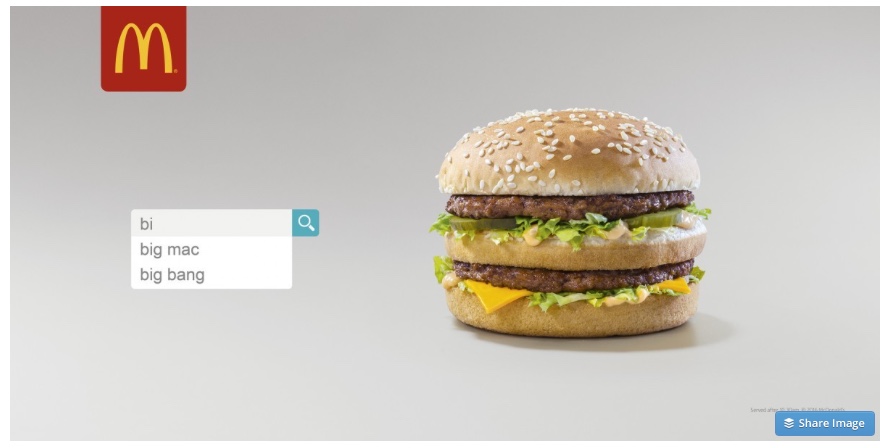 Most importantly, it made me undo all of my good work and get a McDonalds after my jog. So it works.” Chris Sheen, CMO

“What’s striking in this commercial broadcasted on YouTube is that it deals with implied meanings. When the narrative talks about innovation, the video shows a famous football player and a sport car: without indicating the name or the brand, everyone would be able to say who he is and what the car brand is.
The text is not giving any clue to the viewer but uses powerful words such as innovation and victory.

Finally, the speaker announces the partnership between the Real Madrid and the tyre brand Hankook. Both are sharing the same values of leadership, self control and excellence.

Ok, now that you’ve read this part until the end, the football player was Cristiano Ronaldo and the car is an Audi R8.” Amelie Combe, Marketing Apprentice

“Heineken’s youtube viral hit ‘World’s Apart’ is a bit of a deep one but it definitely grabs the viewer. Heineken placed people with polar opposite political and social views in a room, and the two people had a task of building a bar to complete – the reward being a drink at the bar. The video goes all the way to prove that in the end, all we really want it is to get along with each other, despite what we believe in.” Taylor Ottaway, Marketing Apprentice